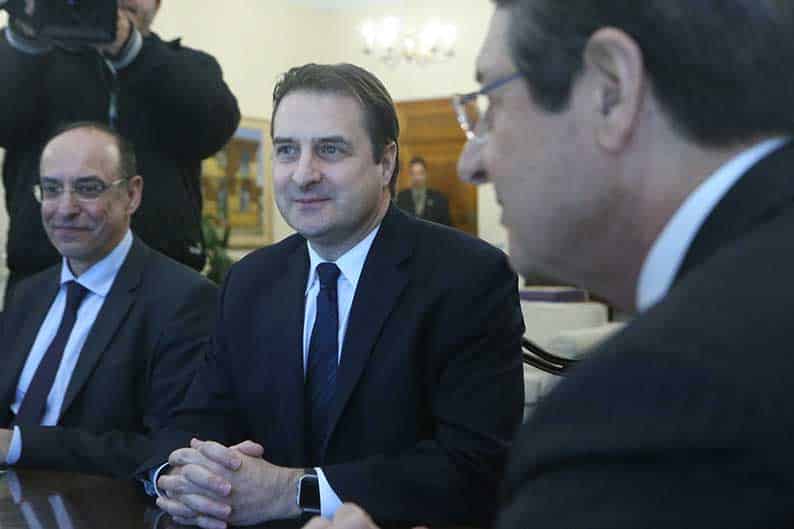 The gas find in Cyprus EEZ announced this week is certainly promising, but expectations over revenues and timescales must be realistic

ExxonMobil announced on Thursday the discovery of 5 to 8 trillion cubic feet (tcf) natural gas at the Glafcos-1 (Glaucus) well in block 10, with a gas column of about 133m. The second well, Delphine, did not encounter commercial quantities of gas.

It is a very significant discovery as it involves ExxonMobil, a company with the capabilities to take such a project forward. Had the results been negative, it could impact negatively future exploration in Cyprus’ exclusive economic zone (EEZ). From this point of view, and what it promises, it is a game-changer.

As it is, this is the biggest gas discovery worldwide so far in 2019, in a region characterised by giant gas discoveries during the last few years, such as Zohr, Leviathan and Tamar.

The significance of these results is that ExxonMobil is now likely to continue its exploration programme, with more drilling, likely next year. It may even extend interest to adjacent blocks in cooperation with the incumbents, Eni and Total.

ExxonMobil’s stated interest is the discovery of gas quantities that justify the development of a greenfield liquefaction facility in Cyprus for export of LNG, depending of course on financial viability. This is also the interest of ExxonMobil’s partner, Qatar Petroleum, that holds 40 per cent interest in block 10.

As the company said in its statement “Based on preliminary interpretation of the well data, the discovery could represent an in-place natural gas resource of approximately 5 to 8 tcf.” These numbers correspond to a 75 per cent and 25 per cent probability respectively that these gas quantities are present.

‘Gas in-place’ is the total volume of hydrocarbons present in a reservoir. What is needed when considering exploitation is ‘recoverable reserves,’ which is the volume of hydrocarbons that can be profitably extracted from a reservoir using existing technology. That will come later, after appraisal drilling. Suffice to say that project sanctioning is based on 90 per cent probability proven reserves. For the announced results the 90 per cent probability estimate is 4.4 tcf.

ExxonMobil described this really good discovery in measured tones: “These are encouraging results in a frontier exploration area…The potential for this newly discovered resource to serve as an energy source for regional and global markets will be evaluated further,” adding that we are still at the beginning of a long journey before future exploitation.

We also welcome the results, but, like ExxonMobil, we need to be patient and circumspect in our expectations.

Articles mentioning a $40 billion value on the gas find are misleading. These represent gross income based on the above quantities. Based on the 90 per cent estimate, which is more realistic, and today’s price of gas in Europe, which is $6.10 per MMBtu, the gross value of 4.4 tcf gas would be about $27 billion. Corresponding net profits would be less than $7 billion, with Cyprus’ share just over 50 per cent over a period of about 20 years, ie about $200 million per year, starting 10 years from now, which is the earliest exports could start. Clearly, there is a need to manage expectations.

ExxonMobil will now evaluate the results and use these to update its geological models. In addition, seismic data show more promising drilling targets and this discovery will justify further drilling. The company will then use these to determine the way forward, which is likely to be further drilling within block 10 next year. This could include new targets, such as Anthea and others, but also another well close to Delphine and possibly an appraisal well at Glafcos.

ExxonMobil is also likely to share this information with Eni and Total, owners of the adjacent blocks, and coordinate with them further activities and drilling.

Such cooperation may eventually be extended into shared ownership and joint development of discovered gas fields. This will be the ultimate in a process that, depending on discoveries, may lead to integrated development of gas export facilities, thus minimising development costs and improving the odds for future commercial exploitation in what is becoming a very competitive global energy market.

This discovery on its own will not progress quickly to full development. This is not ExxonMobil’s plan. The company stated last year, when announcing its drilling programme, that should it make sufficient discoveries it will consider developing a liquefaction plant in Cyprus to export the gas as LNG. The quantities required to achieve this are nearer 15tcf, needed to bring unit costs down and improve commercial viability.

And even then it will be challenging – East Med gas is deep-water, with deep gas reservoirs, and expensive to develop. Glafcos-1 was drilled to 4,200m depth in 2,063m of water.

Even though prospects look good, it will probably take another 10 years before, with further discoveries, we end up with LNG exports. So there will not be quick returns for Cyprus. It could take two to three years of further exploration and drilling, two to three years of planning, securing LNG sales and investments, and four years to build the required facilities.

The likely markets for such LNG are in Asia, where LNG demand is increasing and prices are higher. Europe is well supplied with gas at low prices, making it difficult to compete. Even US LNG is finding it difficult to make significant inroads into the European gas markets because of the price. Gas in Europe is traded by commercial companies – on profit.

Good for the region

The result is good for Cyprus and good for the region, adding to its reputation as an emerging gas province. Combined with other similar discoveries it will excite interest among majors in the East Med. ExxonMobil has already extended its interests to Egypt, where it secured block 3 during the recent licensing rounds, and it is eyeing more possibilities. Hopefully, we will be seeing more drilling announced in the near future.

In the meanwhile, the challenge is what will Turkey do. It is threatening to drill south of Cyprus, which will escalate tension dramatically.

Hopefully, this discovery will spur the restart of negotiations to solve the Cyprus problem. This is the best way to defuse a potentially challenging situation.

Our View: Great news about gas, but no change to main obstacle