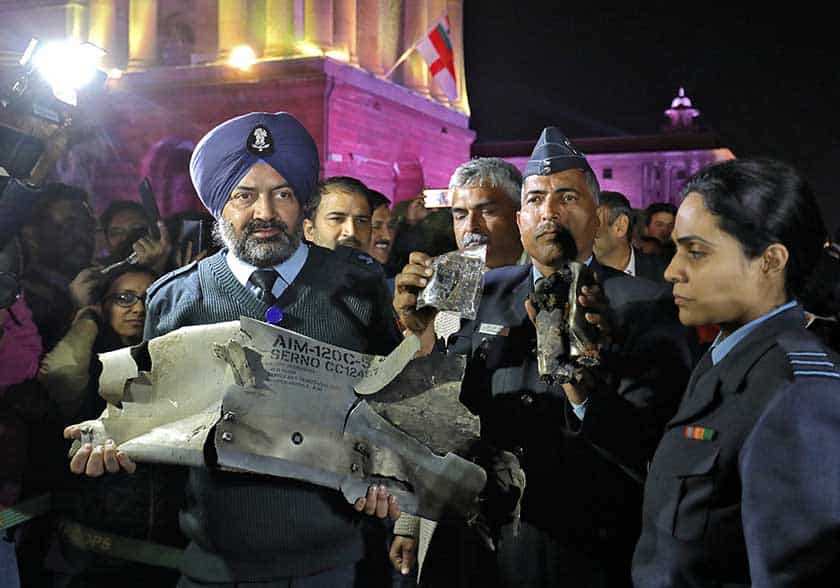 After the terrorist attack on Indian troops in Kashmir two weeks ago that killed 40 Indian soldiers, but before Tuesday’s retaliatory air strikes across the border into Pakistan by the Indian Air Force, the Indian government did something unprecedented. It threatened to cut off Pakistan’s water. Or at least, it sounded like that.

On February 21, Nitin Gadkari, India’s transport minister, tweeted: “Our govt has decided to stop our share of water which used to flow to Pakistan. We will divert water from Eastern rivers and supply it to our people in Jammu and Kashmir and Punjab.” Dangerous talk: that way lies nuclear war.

In December 2001, after a Pakistan-backed terrorist attack on the Indian parliament, there was a seminar in Karachi designed to calm everybody down. It was going quite well until somebody alleged that India had plans to use the ‘water weapon’. At that point, a Pakistani participant stated flatly that any conflict over water would lead to a nuclear first strike against India by Pakistan.

So Nitin Gadkari’s threat had everybody scared – for about five minutes. Then it became clear that it was only hot air. He was just referring to an existing plan to build a dam on the Ravi River, one of six that feed the giant Indus river system.

It would stop some of that river’s water from flowing on into Pakistan, but all the water in the Ravi belongs to India according to a 1960 treaty between the two countries. India has been letting some of it flow through, but it doesn’t have to.

India could do a great deal of harm to Pakistan if it chose to. Five of the Indus’ six tributaries flow across Indian territory before they reach Pakistan, and 85 per cent of Pakistan’s food is grown on land irrigated by the waters of the Indus system.

Ignorant Indian nationalists often think threats about water are a good way to control Pakistan. In fact, they are a good way to get nuked. But there’s an election in India this spring, and Gadkari is not the sharpest tool in the box.

As soon as the grown-ups intervened, the ‘water weapon’ was off the table, which is a good thing. But then came this week’s ‘limited war’ between India and Pakistan.

The suicide attack on Indian troops in Kashmir two weeks ago was the deadliest in three decades, and Jaish-e-Mohammad, a militant Islamist group based in Pakistan, took credit for it. The retaliatory air strikes ordered by India’s Prime Minister Narendra Modi were the first to cross the border into Pakistan proper since the 1971 war.

Then Pakistani planes bombed Indian territory, and another Indian fighter that crossed into Pakistan was shot down and its pilot captured. He was released on Friday. There was shell-fire both ways along the Line of Control in Kashmir.

Why does this sort of thing go on happening? The short answer, alas, is because the Pakistani army needs it to continue.

When the Indian and Pakistani leaders signed the Lahore Declaration of 1999, committing the two countries to a peaceful resolution of the conflict over Kashmir, the Pakistani army and its accompanying militants almost immediately invaded the Kashmiri district of Kargil, on the Indian side of the LoC.

It took quite a serious little war for the Indian army to push them out again – but then, the whole object of the operation, from the Pakistani army’s point of view, was to have a little war. They didn’t need to win. They just had to kill the peace process.

In 2008 Pakistan’s president said that the country was willing to adopt a ‘no first use’ policy for its nuclear weapons. Shortly afterwards, while Pakistan’s foreign minister was in Delhi, Pakistan-based militants of Lashkar-e-Taiba slaughtered 166 people in a terrorist attack in Mumbai (Bombay). Like Jaish-e-Mohammad, Lashkar-e-Taiba has close links with the Pakistani armed forces.

And when India’s Prime Minister Modi made a surprise visit to Pakistan in 2016, talking peace and friendship, Jaish-e-Mohammad militants attacked the Indian airbase at Pathankot one week later. Is there a pattern here?

Other countries have armies, but Pakistan’s army has a country. The army dominates not only politics but the economy. It sells insurance, clothes, meat, and concrete. It owns huge chunks of the country’s real estate. It provides very well for its officers while they are on active service, and also in retirement.

It will continue to control the lion’s share of the economy only so long as it has the threat of the Indian ‘enemy’ as an excuse, so it works hard to keep that threat alive. The Indians are no angels in this relationship – maybe they should ask themselves why they even want Kashmir – but it is Pakistan’s army that keeps the game alive.