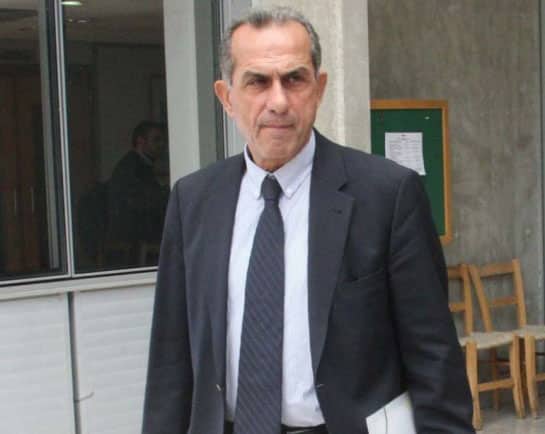 Following a motion by state prosecutors, Nicosia criminal court on Monday again adjourned the proceedings in the third case against Bank of Cyprus (BoC) and senior executives.

The court postponed the trial until April 18, granting a request by attorney-general Costas Clerides – who appeared personally – for an adjournment pending the outcome of an appeal filed by the state against the prior acquittal of two of the defendants.

However, the state is meanwhile appealing the acquittal of Eliades and Kypri at the supreme court.

The attorney-general, representing the state, would like that appeal resolved before the trial before the criminal court can continue. Eliades and Kypri could return to the dock should the state win its appeal.

Last week, during an appeal hearing at the supreme court, Clerides had requested the recusal of supreme court president Myron Nicolatos, one of three judges adjudicating the appeal.

The attorney-general argued that there were questions surrounding Nicolatos’ “objective impartiality”.

Nicolatos himself rejected any doubts over his impartiality, but recused himself regardless.

His withdrawal means the panel needs to be reconstituted before it can resume those proceedings.

This has not happened to date, Clerides informed the criminal court on Monday, motioning for an adjournment in the trial.

Earlier this year, allegations surfaced that Nicolatos’ daughter and sister had benefited from out-of-court settlements with the bank.

Nicolatos himself had also adjudicated in an appeal filed by former BoC CEO Eliades who had been jailed for market manipulation, in a separate case to the ongoing one.

In a 2 to 1 decision, the three-bench court had found that the bank and Eliades, although they had made false representations about the financial status of the bank, did not do so with intent to manipulate the market but rather to ‘reassure’ shareholders.

The casting vote, which benefited the bank, belonged to Nicolatos – leading to talk of a quid pro quo between the judge and the lender, and the suggestion that Nicolatos ought to have recused himself from those hearings.

Also on Monday, defence attorney Polys Polyviou, who has accused Clerides of dragging the current case out, asked the attorney-general to state for the record whether filing a motion for a stay was among his options.

Clerides said it was not.

In this third case against BoC, the bank and executives are accused of conspiring to reclassify the lender’s holdings in Greek bonds – with an effective date of April 1, 2010 – with intent to defraud investors.

The bonds were reclassified in a manner as to indicate the bank had suffered fewer losses than it actually did, conveying a better picture overall of the lender’s financials.

In turn, this resulted in the stock value being listed higher than it would otherwise have been – a move which prosecutors believe is tantamount to market manipulation.

The prosecution also asserts the date on a document containing the minutes of a meeting of the BoC Group’s Assets and Liabilities Committee of April 7, 2010 had been altered.