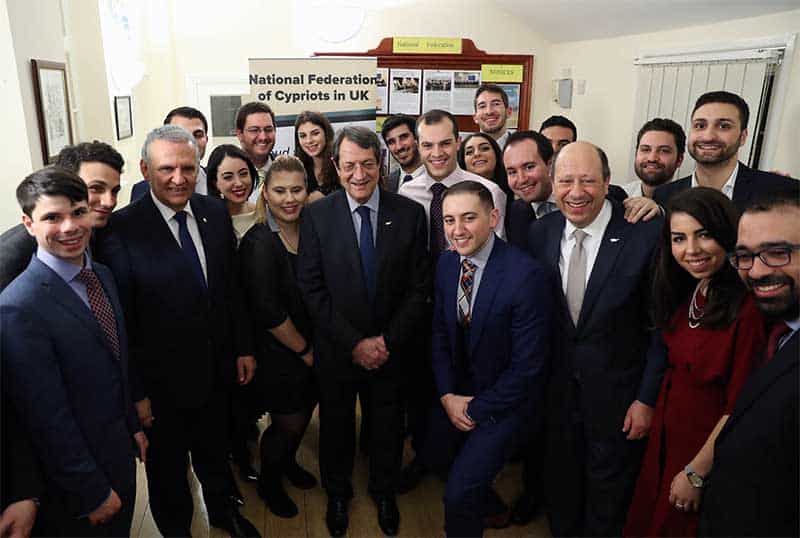 Turkey’s intransigence is the reason there has been no solution to the Cyprus problem, President Anastasiades said in a speech to the National Federation of Cypriots in the UK in London on Sunday evening.

“Sadly, Turkey’s intransigence did not allow the success of a solution that would show the Greek Cypriots it would be viable, functional, could withstand time, secure an independent and sovereign country, a country that would respect the principles and values of the EU,” he said.

Anastasiades stressed the state needs to be without guarantors and foreign troops.

Talking about the mutual respect between Greek and Turkish Cypriots, he said there are “those who want to control our compatriots which is no other than Turkey”.

Referring to the resumption of dialogue after the “wreck” of Crans Montana, he said he met three times with UN Special Envoy Jane Holl Lute, as did Greece, the UK and the EU.

“We expect a third meeting to be established by Ankara. Much depends on what will be said and what the terms of reference will say,” he added.

“In order for us to move forward, in order to hope for a creative dialogue, what is required is that the terms of reference not only determine the issues under discussion, but also what is acceptable and unacceptable.”

Coming back to the Turkish Cypriot dependence on Ankara, he noted in the end they will not be the ones who decide but Turkey will.

The president went on to talk about the strong position of Cyprus because of its foreign policy and the excellent relations and partnerships it has with many countries.

Regarding drilling for hydrocarbons, the state is not provoking anybody, but successfully working with companies despite Turkish threats.

“When the Cyprus problem is solved the Turkish Cypriot community will receive its share.”

As far as domestic policy is concerned, he concluded, there is strong economic growth, a steady decline in unemployment, and the state is attracting investment.

In his address, the president of the National Federation of Cypriots in the UK Christos Karaolis said that the community supports the president’s untiring efforts to find a just, peaceful and functional solution to the Cyprus problem and hopes that the talks will soon resume.

He then briefly referred to the work of the federation, highlighting meetings with the British government and political parties and Email campaigns to support Cyprus.

“As a result, the Labour Party, the Liberal Democrats, the Ecologists, and members of the Conservative Party now publicly support the abolition of guarantees and the removal of troops. With the campaigns that took place in 2018, we demonstrated that all together, we can achieve much,” he concluded.

Anastasiades is currently on a trip to the UK as a guest of the government. He will attend a reception Celebrating Cyprus at Buckingham Palace and will also meet British Prime Minister Theresa May on Tuesday.