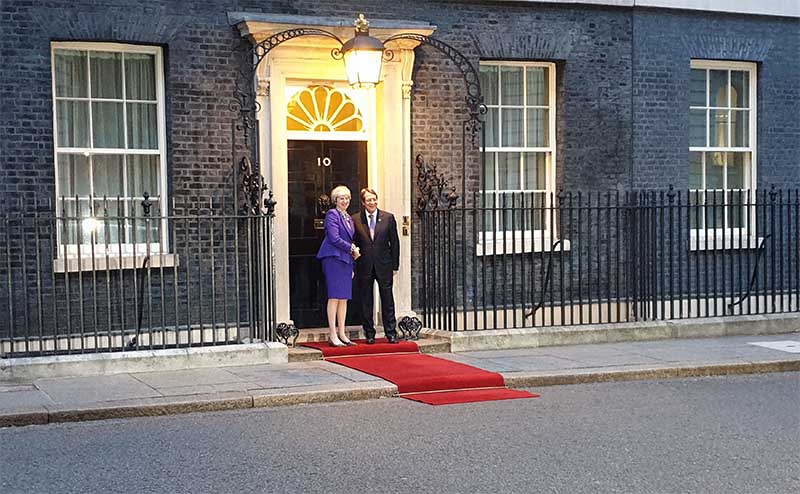 British Prime Minister Theresa May on Tuesday night repeated that Britain is not interested in continuing its role as a guarantor power for Cyprus, president Anastasiades said after meeting her at Downing Street.

Following the meeting, Anastasiades said that he had “a very constructive meeting with PM May, which focused on matters concerning the Cyprus problem, bilateral relations and of course Brexit.”

The two leaders discussed the development of relations between the two countries in the undesirable event of an exit without a deal.

“I hope that by the next European Council, on March 21, ways will be found to secure, in one way or another, a smooth exit for Britain,” Anastasiades added.

Regarding the Cyprus problem, Anastasiades said that May reiterated Britain’s unchanging position, namely the support for a solution based on UN resolutions, as well as on EU principles and values.

“Most importantly, however, she reiterated the position that Britain would not wish to continue its role as a guarantor power.”

President Anastasiades’ visit as a guest of the UK government concludes on Wednesday with a meeting with the Queen. Earlier on Tuesday he met Prince Charles and Prince William while on Monday night he attended a Celebration of Cyprus event at Buckingham Palace.

Germany and Cyprus to step up defence co-operation