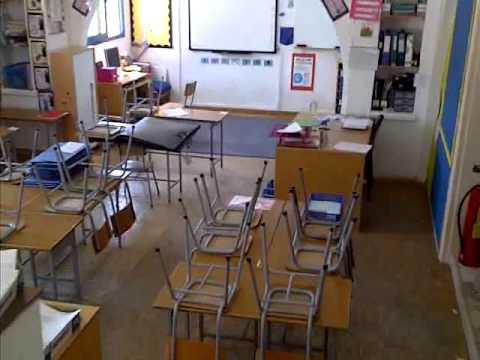 Highgate private school in Nicosia will be terminating operations at the end of March, as it said it is unable to financially sustain the school and to operate the premises.

In a letter sent out to staff and parents last week, the head teacher of the school, Dr Maria Theochari, said that “after many rigorous efforts to find solutions and a place for relocation in time for the new academic year, we find ourselves unable to financially sustain the school and operate on the current premises while being exposed to lack of permits.”

With the school closing down the school mid-year, parents were told that efforts had been made by the management so that students can continue their education at the Falcon School, provided that class numbers are viable.

In a letter from the Falcon School, parents were told that “since there is clearly an urgent need for you to settle your children in a new school, we have made arrangements to provide extra places at the Falcon, although it will not be possible to accommodate absolutely everyone from the Highgate.”

Highgate was founded in 1991 as a primary school and was given all the necessary permits. After 2001, it also began operating as a secondary school for which it never received a licence.

Since 2012, when it moved to new premises, its current location, the school failed to submit all documents that prove that it fulfils all criteria to operate as a registered private school, resulting in graduates having a leaving certificate that is unrecognised by the Republic of Cyprus, though it still offered IGCSEs and A levels.

In 2017, the school lost its permit to also run its primary education programme, before having its operation licence removed.

“The school was given ample time to do what it had to do but it failed to fully respond to the preconditions set by law,” head of the ministry’s department of private education, Froso Tofaridou told the Cyprus Mail in October 2017.

Private schools, she said, to be given an operating licence, must fulfil a set of criteria on infrastructure, curricula, faculty and internal regulations.

The school reportedly failed to comply with criteria concerning infrastructure. A dispute had also been going on for several years between the landlord and the school management over delayed rent, to the tune of hundreds of thousands, which also hinders other procedures.

While the management of Highgate was working until today to satisfy all demands provided by the law to be able to obtain its operating licence, it was unable to do so, resulting in the school have to close this month.

Our View: We should expect no prosecutions over the Co-op

India and Turkey to lose preferential trade treatment with US