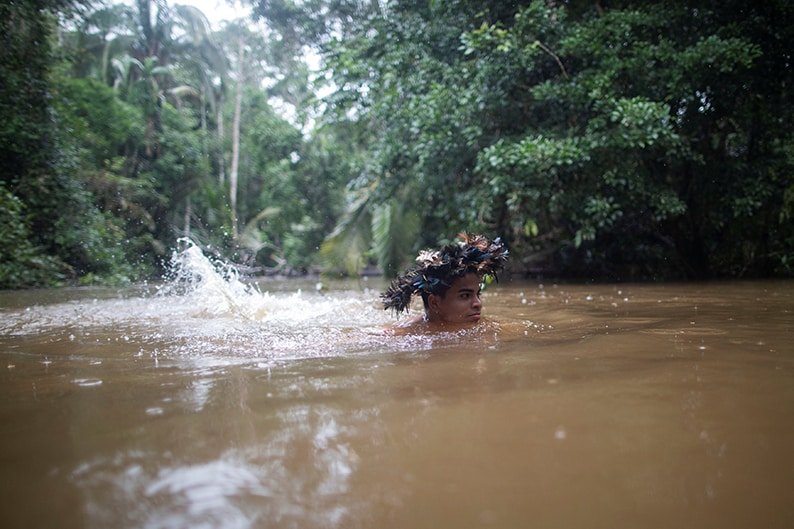 The most isolated group has now come within 20 kilometers of the Matis arrow people, with whom they had a fatal battle in 2014, said FUNAI expedition leader Bruno Pereira

Brazilian anthropologists are looking for members of an Amazon tribe that has had little or no contact with the outside world to steer them clear of a rival indigenous group and avoid a bloody clash of cudgels against arrows.

FUNAI, Brazil’s indigenous affairs agency, said on Thursday the expedition set off into the Javari Valley reservation in the far west of Brazil, a region larger than Austria and home to the world’s highest concentration of uncontacted tribes.

The Korubo tribe has become dispersed and separated in the forest, apparently due to the growing encroachment of fishermen poaching on the reservation. Faced with depleted resources and loss of political clout, FUNAI has struggled to prevent such activity.

The most isolated group has now come within 20 kilometers of the Matis arrow people, with whom they had a fatal battle in 2014, said FUNAI expedition leader Bruno Pereira.

FUNAI’s aim is to protect the group by encouraging them to reunite and stay with other less isolated Korubo living to the north on the Coari River.

“The best scenario would be an encounter where they are able to talk with their tribal relatives and decide to stay in the Coari region,” Pereira said. “The worst case would be a fight breaking out with the Matis resulting in deaths,” he said.

It could also be devastating if the Korubo disappear into the forest after contact with outsiders and catch any common illness to which they are not immune, he said.

The expedition is the largest mounted by FUNAI in two decades since it adopted a policy of only contacting isolated tribes in emergencies. That followed the 1995 killing of a fisherman who was beaten to death with cudgels by the Korubo.

The expedition, which could take months, was supported by the agency’s new head, retired Army General Franklimberg Ribeiro, who has defended the agency’s work with uncontacted and isolated tribes.

That contrasts with the overall policy of President Jair Bolsonaro, who has criticized the vast land holdings of Brazil’s indigenous reservations as an obstacle to development, a stance that has encouraged invasions by illegal loggers and miners.

FUNAI’s work protecting the eight tribes living there, plus another 16 uncontacted tribes known to be in the jungle, has been partly funded by foreign aid, the agency said.