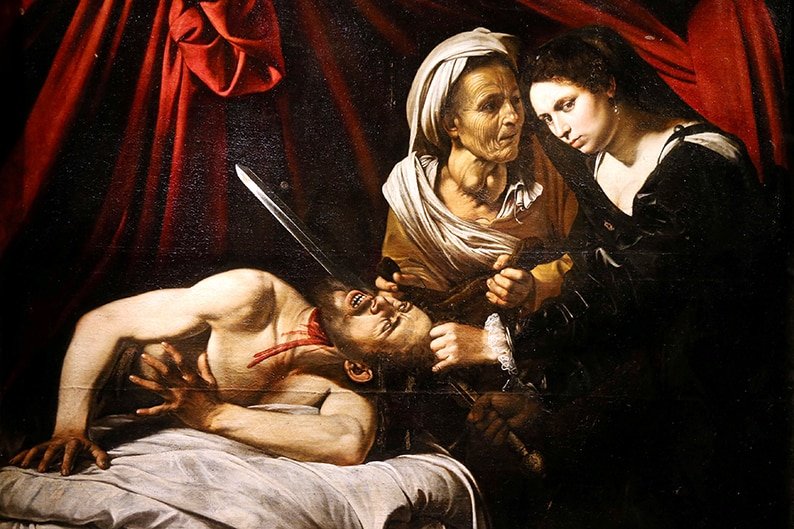 A detail of a painting entitled "Judith Beheading Holofernes" is pictured during its presentation in Paris, France, April 12, 2016, that art experts believe was painted by Italian master Caravaggio (1571-1610). It was discovered in an attic in Toulouse and could be worth up to $170 million

A painting by Italian master Caravaggio discovered five years ago in an attic will be sold at auction on June 27 in the French city of Toulouse and could fetch up to 150 million euros ($170 million), art experts said.

The painting, currently on display at the Colnaghi Gallery in London, dates from 1607 and depicts biblical heroine Judith beheading the Assyrian general Holofernes.

“Judith and Holofernes” was found by the owners of a house in Toulouse in 2014 as they investigated a leak in their attic. Barring some minor damage, art expert Eric Turquin said, thepainting remains in surprisingly good condition.

Turquin said the painting, which had been kept in the attic “for at least 100 years”, had undergone exhaustive, and initially secret, analysis to establish its authenticity.

“After five years of analysis, work, discussions… now that we are really sure it is a picture by Caravaggio, we put it on the market,” Turquin said.

It is likely to draw particularly strong interest among buyers outside Europe, he said.

“This painting is very important because Caravaggio is a major artist who speaks to our generation, and there are only 65 known paintings by him,” said Turquin, whose agency has led research work on the painting since it was found.

“Within his oeuvre this painting is crucial… He is inventing something new… creating darkpaintings which will become the paintings of his last years, the best, we think, the more tragic, the more moving… the more modern,” he said.

The painting is the second by Caravaggio to depict the decapitation of the drunken Holofernes by Judith. The first, dating from around 1600, is on display at the Barberini Palace in Rome.