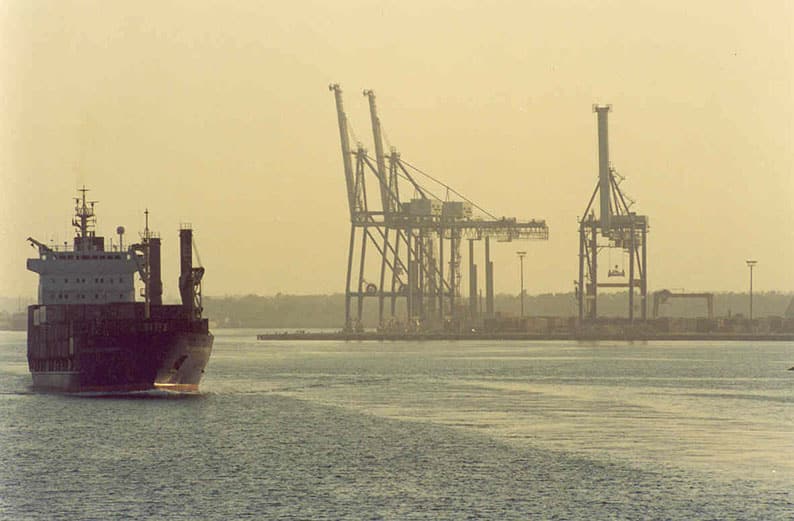 ENERGY companies active in the island’s exclusive economic zone urged the government on Thursday to think bigger, and cautioned that much needs to be done to improve existing infrastructures that support offshore drilling.

A major grievance aired by the oil and gas corporations was the lack of adequate space at the harbours.

Energy executives were speaking at the 6th Eastern Mediterranean Conference in Nicosia.

Total, ENI and ExxonMobil have all been forced to congregate at the port in Limassol, as Larnaca is for the time being off limits.

The government recently announced its intention to create a new harbour at Vasilikos, outside Limassol, citing a delivery timeline of 2023.

For his part, Yves Grosjean, general manager of Total Cyprus, stressed the need for an oilfield services centre to be set up locally in the eastern Mediterranean, supporting drilling operations.

Cyprus has the potential to become that hub, he added, although far more infrastructures would be required for that to happen.

According to the Total official, the work done by oilfield services – environmental impact assessments, waste management, data crunching – accounts for about 80 per cent of all man-hours expended during the course of an offshore drilling operation.

Chiming in, the head of ExxonMobil Cyprus Varnavas Theodosiou said the US company had initially asked to be based out of Larnaca harbour for its drilling in Block 10. However, they were not given permission and therefore had to set up shop at the port in Limassol, where space is limited.

Another matter requiring attention is the red tape in securing all the permits for drilling. Theodosiou called for a one-stop shop where all the paperwork would be handled.

Charles Ellinas, CEO of E-C Natural Hydrocarbons Co, sought to impress a sense of urgency for the construction in Cyprus of a liquefied natural gas (LNG) facility.

The terminal would process the gas found in three reservoirs so far: Aphrodite, Calypso and, more recently, Glafcos.

To these could be added the gas discovered in Israeli waters.

The longer a decision is put off for an LNG plant, the harder it will get, Ellinas warned.

And there also the matter of competition from Egypt as a regional gas hub. The neighbouring country is ahead in the game as it already possesses the infrastructures in place to process gas – two LNG plants, one in Damietta, the other at Idku.

Experts speaking at the conference highlighted the rise in global demand for natural gas, with demand projected to grow by as much as 40 per cent over the next 20 years.

Respect the environment on Green Monday