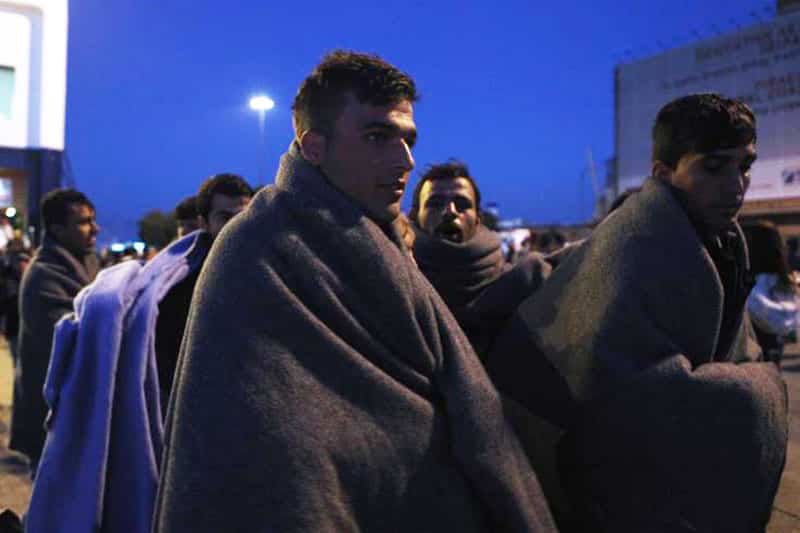 The majority of Greek and Turkish Cypriots are in favour of supporting refugees in Cyprus but are reluctant when it comes to granting Cypriot citizenship to those who have been on the island for more than five years, an opinion poll by the University of Cyprus Center for Field Studies (UCFS) showed on Friday.

Presenting the findings commissioned by the UNHCR in Cyprus, Associate Professor of Social and Developmental Psychology at UCY Dr Harris Psaltis said both Cypriot communities recognise that refugees require support and that the provision of support should be part of the responsibilities of the state.

Even though the wider public’s general feelings towards refugees, migrants and the phenomenon of migration in general, are today neutral to negative, compared to 2015, there is a significant improvement of attitudes in both communities, Psaltis said.

Though both communities shared the perception of migrants as being poor people who came to Cyprus in search of a better life, the survey showed that the terms ‘refugee’ and ‘migrant’ are perceived differently in the Greek Cypriot community than in the Turkish Cypriot community.

Among Greek Cypriots, there is a sub-category in the category of migrants, consisting of wealthy individuals from Russia and China, who are not considered as migrants as their affluence does not match with the dominant stereotype of a migrant.

Among Turkish Cypriots, the two terms are better differentiated, with the term ‘migrant’ being used to refer mainly to individuals who came to island from Turkey after 1974 and to the Turkish Cypriots who fled from the Republic, while refugees are mostly associated with Syrian refugees.

Another key finding was that in both communities the levels of meaningful contacts between the local population and refugees and/or migrants have increased, compared to the 2015 survey and results.

Mirroring the results of 2015, both communities favoured the notion of refugees living integrated into society rather than remaining secluded in camps. Both communities, however, expressed the desire for a cap on the number of refugees that the island will welcome.

While the percentage of Greek Cypriots who oppose the idea of granting citizenship to refugees on the island for more than five years fell to 50.8 per cent, Turkish Cypriots opposing the idea remained unchanged compared to 2015 at 67.8 per cent.

Both communities have concerns regarding migration, the survey showed, which centre around worries over the effect on economic development and an increase in crime rates.

The survey showed that these concerns are especially dominant among the Turkish Cypriots, who believe that incoming refugees and migrants do not contribute to peace and safety, but rather bring heightened concerns and needs for measures.

The size of the island also forms a source of concern among both communities regarding the number of refugees and migrants it can accommodate.

A total of 1,408 persons participated in the survey, of which 701 were Greek Cypriots and 707 were Turkish Cypriots.

Tens of thousands of Algerians demonstrate against Bouteflika