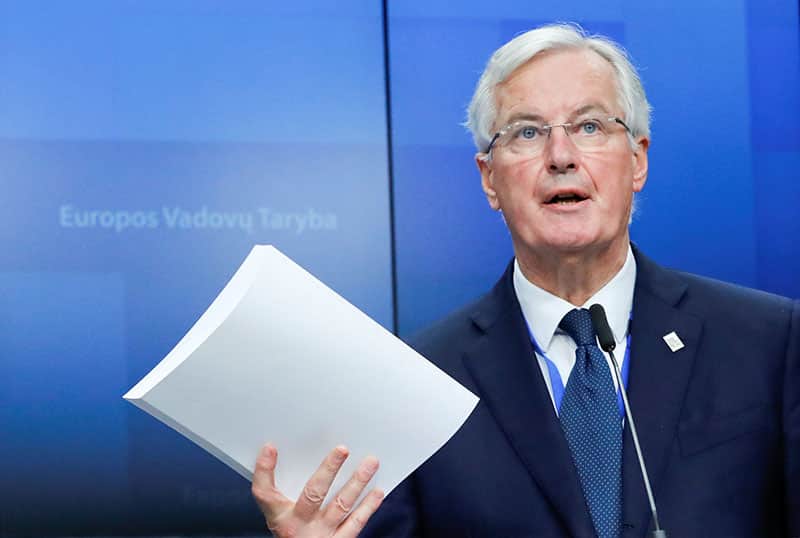 The European Union can give Britain the unilateral right to leave their customs union after Brexit, chief negotiator Michel Barnier said on Friday in a bid to push their divorce deal over the line in the divided British parliament.

But a source in Prime Minister Theresa May’s government said it was “not impressed” by Barnier’s gesture. And the Northern Irish party that props up Britain’s minority government dismissed Barnier’s move as a “non-starter”, Sky News reported.

Barnier’s basic idea would keep Northern Ireland in the EU’s trade orbit, something already rejected previously by London in the hard-fought Brexit negotiations as weakening the province’s ties to the rest of the United Kingdom.

“The UK will not be forced into a customs union against its will,” Barnier said. “The EU will continue working intensively over the coming days to ensure that the UK leaves the EU with an agreement.” Britain aims to depart the bloc on March 29.

Barnier stressed that Britain would still need to keep the sensitive border between EU member state Ireland and the UK province of Northern Ireland free of controls, meaning any checks would need to carried out in the Irish Sea.

Brexit negotiations will stretch into the weekend, with British Prime Minister Theresa May calling on the EU on Friday for a final push to break the stalemate.

Just three weeks before Britain is due to leave, a deeply split UK parliament has yet to ratify May’s deal with Brussels last year on withdrawal terms and a separate declaration on the outlook for future trade relations.

At the heart of parliamentary resistance to the divorce deal is the so-called “backstop”, a provision to keep the Irish border open in keeping with the 1998 Good Friday peace accord that ended sectarian conflict on the island of Ireland.

The eurosceptic wing of May’s Conservative party fears the backstop could trap the UK in the EU’s trading rules forever.

“EU commits to give UK the option to exit the Single Customs Territory unilaterally, while the other elements of the backstop must be maintained to avoid a hard border,” Barnier said after briefing ambassadors of the 27 EU states that are staying on together after Brexit.

As Brexit goes down to the wire, fears on both sides of the Channel are growing about the economic damage in the event that Britain leaves the EU abruptly without any transition agreement to soften the resulting disruption to trade.

While Barnier’s latest proposal would make legally binding commitments of the assurances on the backstop that the EU had already offered in January, it is unlikely to be seen as enough by many of the hardline eurosceptics in the Conservative party.

Barnier said the bloc was ready to legally commit to using its “best endeavours” in trade negotiations with Britain after Brexit to find a solution that made sure the Irish border stayed open and the contentious backstop was never applied.

Britain’s stalled withdrawal treaty includes dispute-settling mechanisms under which London could leave parts of the backstop should the EU fail to show enough good faith in talks on a new trade deal that would keep the Irish frontier open.