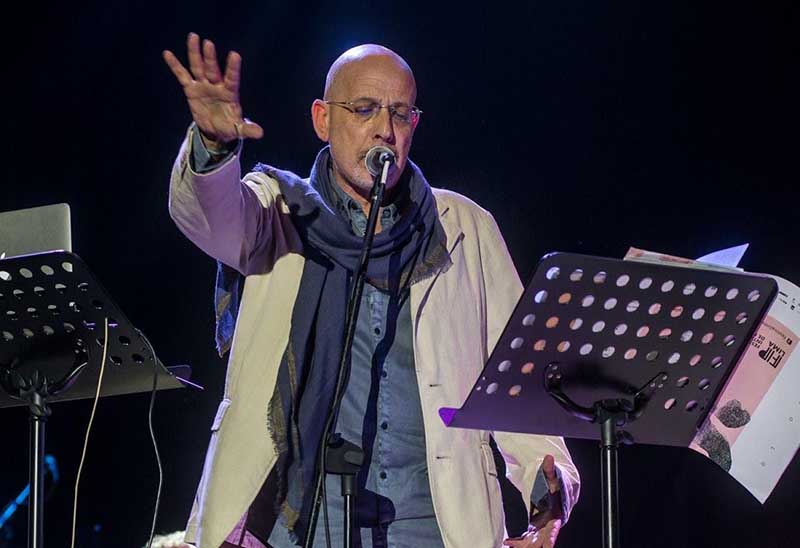 In its third year, the international poetry slam competition is back with new local and international voices ready to share their work. The only event of its kind on the island, Poetry Slam Cyprus first introduced this kind of art – a mix of the spoken word, poetry and performance – in 2017.

Poetry slam competitions aim to provoke and lead poetry to extremes, seeking new forms of expression, always keeping in mind the contemporary international poetry trends. It’s a poetry competition in which participants read their original work, dramatising the reading at the same time. Each poet-slammer has a maximum of three minutes to ‘slam’ in front of a five-member jury and the public.

No participating poet is above criticism, as all depends on the judgment of the jury and the public, which may even disrupt the performance of the poet-slammer if it is not up to scratch or is offensive in some way.

This year, organised again by non-profit cultural organisation Ideogramma, the competition will take place between March 18 and 19 at Nicosia’s ARTos Foundation. Six foreign artists have been invited to compete. Sebastian Rabsahl from Germany, Makis Moulos from Greece, Zsofi Kemeny from Hungary, Margalida Followthelida from Spain, Nino Mick from Sweden and Evelyn Rasmussen Osazuwa from Norway.

The Cyprus-based poets have been invited through an Open Call and will compete against each other on March 18 for the crown of 2019 Cyprus National Champion. The winner along with two runners-up and three selected slammers will join the international competition that will take place the following day.

And so, on March 19, 12 poet-slammers will compete against each other, six Cypriots and six from abroad, in round one. In the second round, only six will compete and the jury and the audience will decide on the winner and two runners-up.

Joining the participants will be Guest Slammer Lello Voce who launched Poetry Slam in Italy and is considered to be one of the most prominent Europeans of this genre. He will talk about poetry slam and perform, out of competition.

“Organising and staging such events is important,” says Ideogramma “because it provides the platform on which young emerging, as well as established poets, are free to express themselves outside the box and the parametres of correctness usually imposed by their social surroundings.”