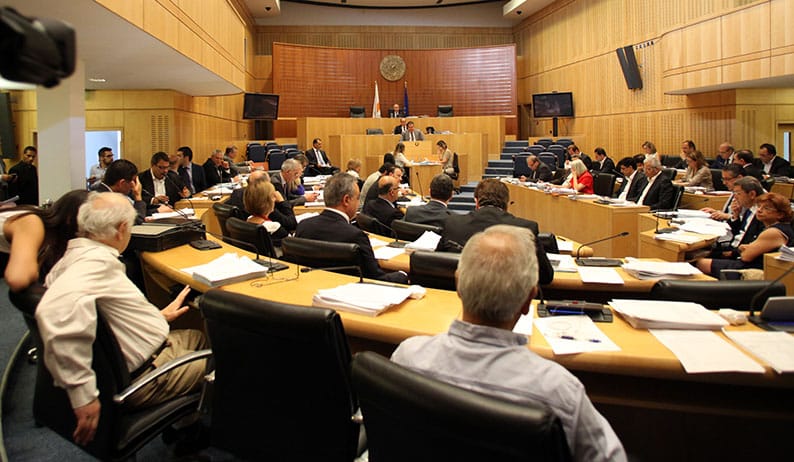 The question of whether the future of Cyprus belongs to women cannot have a straightforward response. A Yes would be far from the truth and a No would live no room for hope. The most honest answer would be: If nothing changes in the way major decisions are taken, and if no drastic transformations take place, challenging the male-dominated system, women will continue to lag behind, preventing the country from benefiting from the talents, skills, ideas and perspectives of half of its population.

If current trends are projected into the future, it will take more than a century for the gender gap to close. We do, however, have the capacity to effect the required changes, if we work together on a common goal and a common vision.

My intervention is meant to highlight some of the most important prerequisites for the realisation of this vision. In my experience, we will not be able to “own” the future, unless the following best practices are implemented:

An increasing number of countries are applying gender quotas for public elections. In 2000, France was the first country to introduce a compulsory 50 per cent gender parity provision in its electoral law. The results have been remarkable! Female representation in the National Assembly has risen from 12.3 per cent in 2002 to 38.6 per cent in 2017.

Cyprus, with only 17.9 per cent of its MPs women, ranks 117th in the world according to the Inter-Parliamentary Union, the global organisation of national parliaments.

This must change. We need to introduce by law the 50 per cent gender parity rule in the electoral lists of political parties, to achieve an equal representation of women in the parliament.

Quotas in the Council of Ministers

In the 1980s, Sweden first introduced a gender parity Council of Ministers. Today, there are 10 gender balanced cabinets around the world, six of which were formed in 2018, including Canada, Colombia, Costa Rica, Ethiopia, France, Nicaragua, Rwanda, Seychelles, Spain and Sweden.

Cyprus, with only 18 per cent women in the cabinet, ranks at the bottom of the EU countries.

This must change, by effectively lobbying male presidential candidates and by promoting women to run for president.

Quotas on boards of major companies

France, with 43.4 per cent female directors in the boardrooms, is the only EU member state that has surpassed the 40 per cent target set by the European Commission and parliament. This was the result of the introduction of a legislative quota back in 2011.

Cyprus, with only 10.4 per cent, ranks 3rd from the bottom of the list.

This must change. Cyprus should introduce such a quota system, if we aspire to see more women leaders in the economic, banking and business sectors.

The Nordic welfare state is closely linked to a supportive, progressive and generous childcare system and parental leave policies, benefiting both mums and dads. In order to promote gender equality at home and in the labour market, Nordic governments encourage parents to divide leave time equally. As a result, Nordic fathers take more parental leave, than fathers anywhere else in the world. Sweden has the most generous parental leave policy, with parents entitled to share 480 days of paid leave.

Cyprus is lagging behind such progressive policies.

This must change. More family friendly policies should be adopted, that would help men and women better balance family and work responsibilities.

Globally, the gender pay gap remains high, at an average of 19 per cent.

The global Champion on Gender Equality, Iceland, whose gender pay gap is 5.7 per cent, has become the first country in the world to legally enforce equal pay. This was the result of a strong Women’s Movement and huge pressure from feminist groups.

This must change. Parliament should adopt enforcement measures against employers, who do not abide by the law.

Eliminate violence against women and girls

Violence against women and girls is a global epidemic, being one of the most widespread and devastating human rights violations. The statistics are shocking everywhere, including Cyprus.

This must end. We need to adopt and implement harsher penalties for the perpetrators. We must also provide all-inclusive support to the victims.

Throughout the years, women have been either totally absent or highly underrepresented in the Cyprus peace talks. All leaders and all negotiators have been men, who were mostly surrounded by male advisers.

This underrepresentation of women in the peace talks has deprived Cyprus of the possibility of utilising all talents that could be conducive to the negotiations.

This must change. The specific needs and perspectives of women should be fully reflected in an agreement. Otherwise, the entire process could be jeopardised, and its successful outcome could be in doubt.

Both leaders should respond to UNSC resolution 1325 and other Cyprus specific resolutions, by promoting the active and full participation of women in the peace process.

Greek Cypriots and Turkish Cypriots should join hands and work together towards realising a common vision: of building a safer, a more prosperous and peaceful future for their children and the next generations of Cypriots, men and women alike.