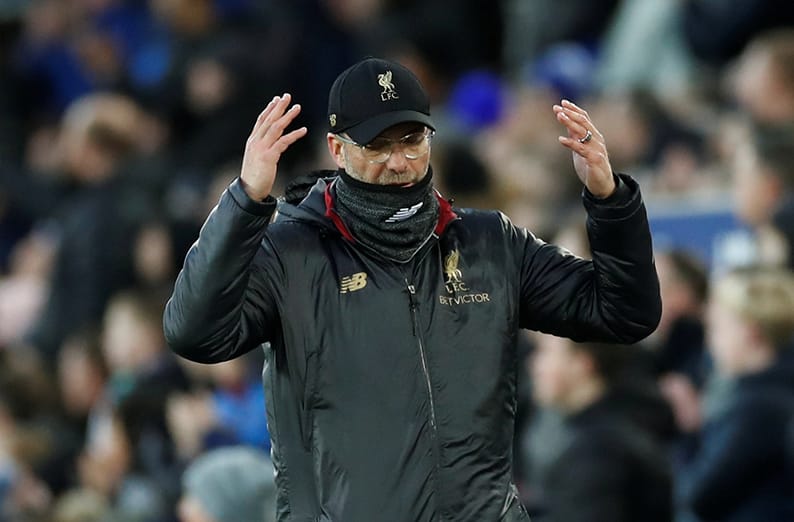 Four draws in the last six league matches have handed the initiative to Manchester City, with Klopp’s midfield coming in for most of the scrutiny after failing to create scoring chances.

Since Boxing Day midfield has accounted for just one of the 22 goals Liverpool have scored in the league – Georginio Wijnaldum’s strike in the 3-0 win over Bournemouth a month ago.

It is why so many Liverpool fans are desperate for the return of Alex Oxlade-Chamberlain, who played his first 45 minutes of competitive action for the under-23s at Derby on Friday.

However, Barnes insists critics should be looking at the bigger picture.

“With regards to the lack of creativity and negative perception of Liverpool – we are one point off the top so therefore much better than we were last year when we weren’t being criticised,” he told Press Association Sport at a Show Racism the Red Card event at Anfield.

“People have to keep calm. We can still win the league. Maybe we are defending better, which is why we are not being more creative.

“We were more creative last year, but we were conceding more goals.

Manager Jurgen Klopp is prepared for a tough test at Anfield on Sunday against aBurnley side who made life very difficult for them in the 3-1 win at Turf Moor three months ago.

It was a game which was notable for the physicality of the Clarets players – something Klopp remarked upon afterwards.

Having watched Burnley beat Tottenham last month he is wary of the threat they will pose.

“They are so consistent with what they are doing,” he added.

“The game at Turf Moor is not the most important for us to analyse. We need to create, we need to have ideas, be lively but patient as well.

“Historically against Burnley it is always difficult because they have a high motivation level and they are always fighting in a game.

“When you analyse the last three or four games you have to say, ‘Respect’. They beat Tottenham and that doesn’t happen too many times in the year.

“I am sure they are looking forward to Sunday’s game as they feel they have a chance and we have to make sure that does not happen.”