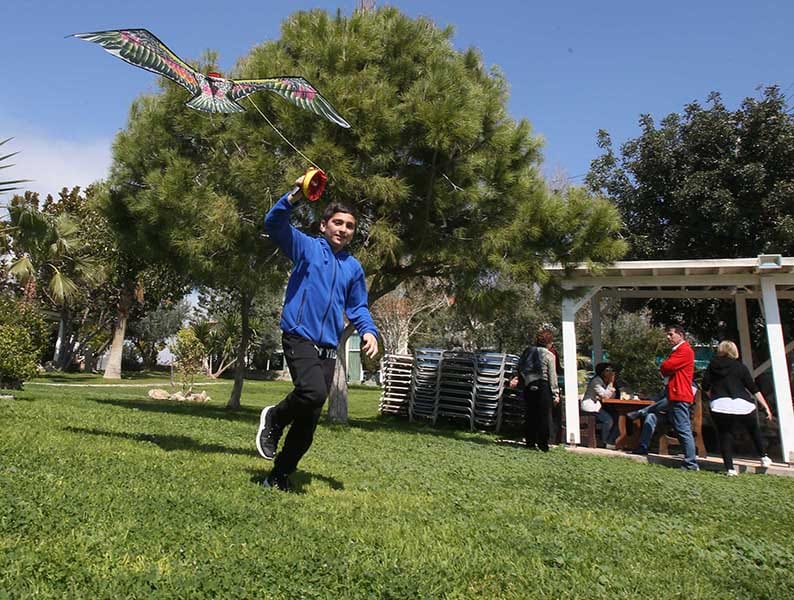 TAKING advantage of the good weather and sunshine, thousands of Cypriots took to the outdoors on Monday to celebrate Green Monday, the first day of Lent leading up to Easter.

Across the island, multiple events were organised by municipalities, featuring traditional Cypriot and Greek songs and dances. Many opted for private picnics.

As always the public holiday was celebrated with outdoor excursions, the consumption of shellfish and other fasting food,  and the widespread custom of flying kites.

At the Hala Sultan Tekke Mosque next to the Larnaca salt lake, people were treated to local culinary delicacies, cold beer and music, with the event lasting until 4pn.

Hundreds visited the Ayia Marina area inside the buffer zone, having secured permission from the United Nations.

The common term for this day, “Clean Monday,” refers to the leaving behind of sinful attitudes and non-fasting foods. It is sometimes called “Ash Monday.”  This year, Easter will fall on April 28 for the Eastern Orthodox Church.

Police were on the lookout for drink-driving, as Green Monday coincided with the conclusion of the carnival in Limassol.

According to the police, from Friday afternoon to Monday evening 140 motorists were booked across the island for driving under the influence of alcohol.

Traffic on the highways began picking up around 3pm on Monday as families began the journey back home.

No major traffic jams occurred, except along the Limassol-Paphos highway. There, long queues of cars formed after authorities had earlier closed off certain sections due to rubble slides over the previous days.

A traffic accident took place at around 7.30pm on the Limassol-Troodos road near the village of Lania. Two vehicles collided head-on and three people were injured. They were taken to Limassol general hospital for treatment, although none were in a serious condition.

Meanwhile, as of Tuesday police and Road Transport Department inspectors will be checking vehicles for road tax.

Drivers without a road tax will be written up, and will be fined. The fine is the sum of a fixed €10 plus 10 per cent of the applicable road tax fee.

The deadline for renewing the road tax expired on Monday.

To renew road tax, you need a valid certificate of suitability for the vehicle plus vehicle insurance.

Theresa May seeks a deal in Strasbourg as Brexit crunch looms