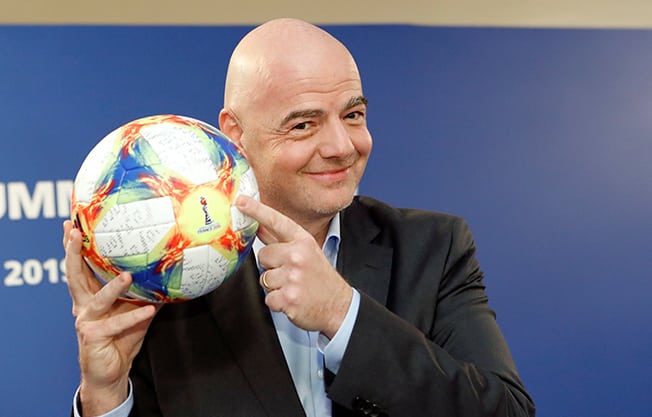 The possible expansion of the next World Cup from 32 to 48 teams is top of the agenda at a meeting of the FIFA Council in Miami on Friday, with Infantino keen on an idea that would mean Qatar having to share the World Cup with other nations in the Middle East.

That idea would need Qatar’s approval, which is far from certain as it has been locked in a bitter diplomatic dispute with Bahrain, Egypt, Saudi Arabia and the United Arab Emirates since June 2017, but the more neutral Kuwait and Oman have been suggested as possible co-hosts.

Experts on workers’ rights in the region have been highly critical of the controversial decision to award the World Cup to Qatar in December 2010 and are now equally concerned about the prospect of one or more countries in the region having to build stadiums and upgrade infrastructure in a hurry.

The letter points out that an enlarged World Cup would require additional hosts and “calls on” Infantino to guarantee those hosts would meet the “human rights, transparency and sustainability criteria” FIFA introduced in 2017.

It also says additional hosts in the Gulf region raises fresh “human rights risks” related to an “exploitative labour systems that make migrant workers vulnerable to abuse; discrimination based on gender, sexual orientation and religion; restrictions on the rights to freedom of peaceful assembly, association and expression, and threats to human rights defenders”.

In a statement, Amnesty’s deputy director of global issues Stephen Cockburn said: “There are clear risks associated with adding new hosts for the 2022 World Cup, not least the potential widespread exploitation of migrant workers providing construction and other services for the World Cup that could cast a major shadow over the world’s biggest sporting event.

“Gianni Infantino has said he wants to make the World Cup more inclusive. This means FIFA must assess potential co-hosts in Gulf countries to ensure that the World Cup is not contributing or linked to human rights violations which are rife in the region.”

Responding to the coalition plea, a FIFA spokesperson said: “FIFA’s stance and commitment to human rights are unequivocal and integrated in the hosting requirements of all our future tournaments in accordance with our human rights policy.

“As the feasibility study that will be presented to the FIFA Council on Friday confirms, this would not be different in the case of a potential co-host already in 2022.”

Festival to look at all that the future holds

Thirty years since the invention of www which changed the world

Apoel knocked out of Europa League