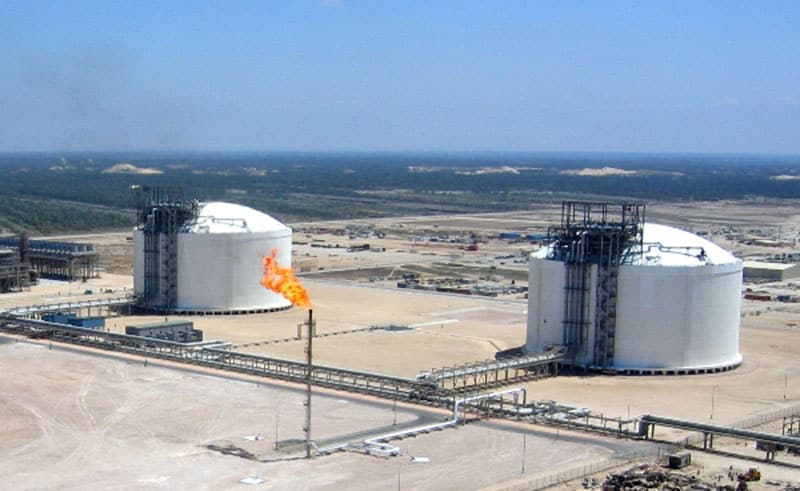 The facility in Egypt

Talks aimed at recalibrating the revenue-sharing agreement for the Aphrodite gas reservoir appear to be going well, reports said on Tuesday.

Daily Politis said progress was made during the latest round of negotiations held last week between the government and the consortium (Noble Energy, Delek, Shell) holding the concession on Aphrodite.

The paper reported that sometime in the next few days Noble – the operator – is expected to come back with a revised production-sharing agreement. The government will then study the text and offer its own suggestions.

The talks began last summer, when the consortium telegraphed that it was not satisfied with the revenue-sharing deal in place.

The companies had struck a preliminary agreement to sell the Aphrodite gas – some 4 trillion cubic feet – to a liquefaction facility in Egypt.

However due to low oil and gas prices, the Aphrodite consortium did not see satisfactory returns on investment, and sought to renegotiate the revenue-sharing agreement with the Cypriot state.

Citing sources, Politis said the government appears to have accepted a reduction in its share of revenues. Under a formula, the government’s share would be lower (compared to now) when oil goes for around $60 a barrel; it would rise when oil prices go higher than that.

Assuming the stakeholders in Cyprus do strike an agreement, it would give the green light for talks to get underway between the sellers (the Aphrodite consortium plus the Cyprus Hydrocarbons Company) and the prospective buyer – the liquefaction terminal in Idku, Egypt.

Development of the reservoir would run for roughly 15 years. The gas piped to Idku would be turned into liquid form for re-export to markets.

Following a deal with the Idku LNG facility, it would take two to three years before the sellers take a final investment decision, and then another three years approximately for the construction of infrastructures.

In the wake of Exxon’s gas discovery in Block 10, the government re-stated that an LNG terminal on the island was still its strategic priority.

But the government also made it clear that this terminal would not include the gas from Aphrodite, which lies in Block 12.

Low oil prices and disagreements over revenue-sharing are not the only issues holding back development of Aphrodite, discovered in December 2011.

In addition, Israel is demanding a small share from the distribution of natural gas from Aphrodite.

Since the gas on the Israeli side of Aphrodite is part of a single geological reservoir, its production depends on agreements between the two countries.

Israel and Cyprus signed a delineation agreement in 2010 but haven’t agreed to date on how to develop gas reservoirs straddling both economic zones.

Without a distribution agreement, Israel is refusing to allow Cyprus to develop Aphrodite, because pumping gas from it will also cause gas to be pumped from the Israeli side.