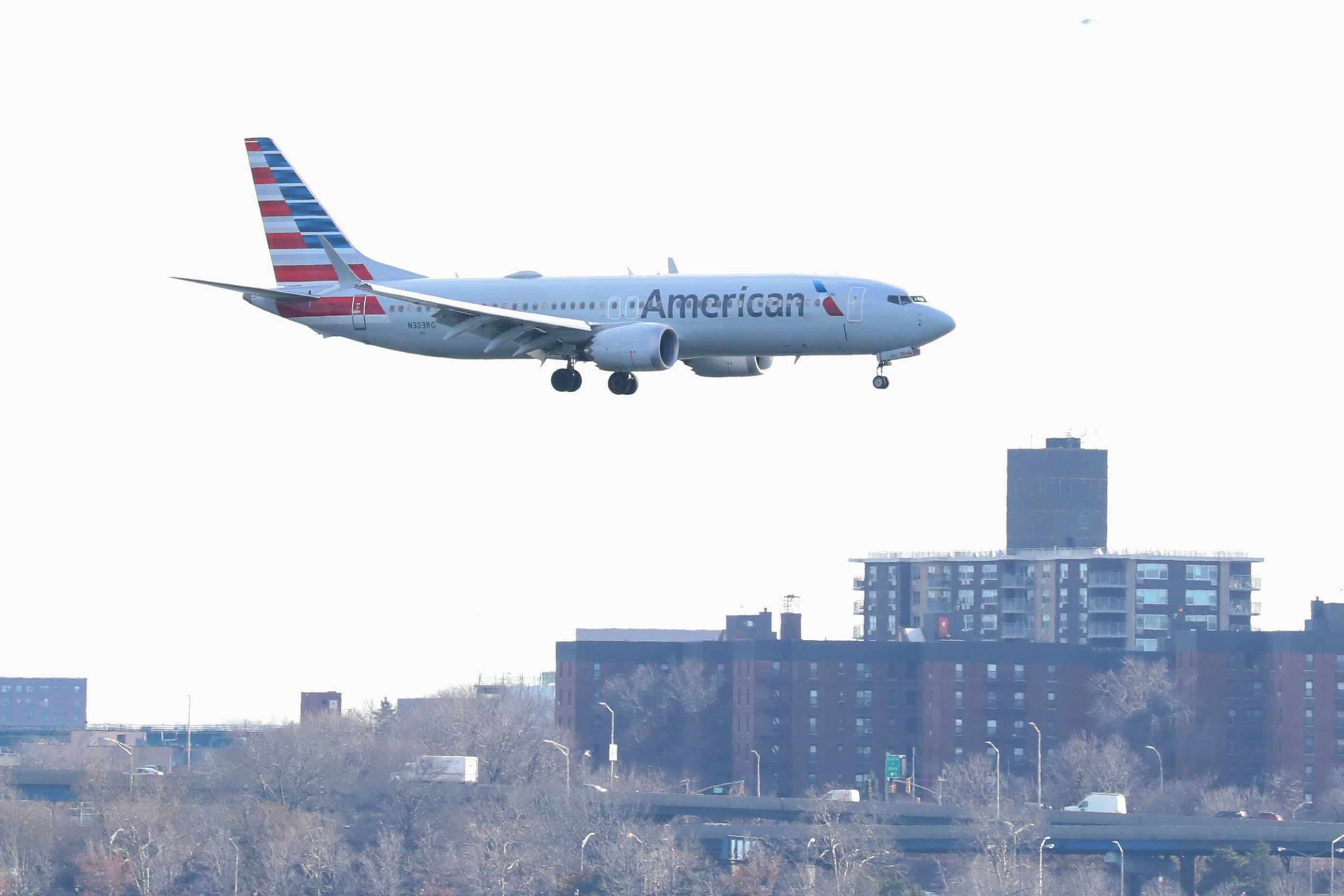 An American Airlines Boeing 737 Max 8, on a flight from Miami to New York City, comes in for landing at LaGuardia Airport in New York

The United States on Wednesday joined Europe, China and other countries in grounding Boeing Co’s 737 MAX jets, because of safety concerns after an Ethiopian Airlines plane crash that killed 157 people, the second disaster involving the 737 in less than five months.

The world’s biggest planemaker is facing its most serious crisis in years, as the decades-old 737 program, one of its most reliable sources of cash and profits, takes a severe blow to its prestige.

The U.S. Federal Aviation Administration (FAA) cited new satellite data and evidence from the scene of Sunday’s crash near Addis Ababa for its decision to ground the planes.

It was the second time the FAA has halted flights of a Boeing plane in six years. It had grounded the 787 Dreamliner in 2013 because of problems with smoking batteries.

Shares of the Seattle-based company, which were up earlier in the session, fell two per cent to $370.48. The shares have fallen about 13 percent since Sunday’s crash, losing about $32 billion of market value.

Shares of Southwest fell 0.4 per cent.

“The agency made this decision as a result of the data gathering process and new evidence collected at the site and analysed today,” the FAA said in a statement, shortly after U.S. President Donald Trump announced the planes would be grounded.

“This evidence, together with newly refined satellite data available to FAA this morning, led to this decision.”

The grounding will remain in effect as the FAA investigates.

Boeing, which maintained that its planes were safe to fly, said in a statement that it supported the move to temporarily ground 737 MAX flights.

“Boeing has determined – out of an abundance of caution and in order to reassure the flying public of the aircraft’s safety – to recommend to the FAA the temporary suspension of operations of the entire global fleet of 371 737 MAX aircraft.”

The still-unexplained crash followed another involving a Boeing 737 MAX in Indonesia five months ago that killed 189 people. Although there is no proof of any link, the twin disasters have spooked passengers.

The grounding was welcomed by air workers in the United States. John Samuelsen, international president of the Transport Workers Union of America, which represent aviation workers and flight attendants, said the grounding of the fleet was right “both for air travellers and aviation workers.”

Aireon’s space-based system can monitor data from aircraft equipped with Automatic Dependent Surveillance-Broadcast (ADS-B) transponders. The data is considered less detailed than that in black boxes, which look at systems running inside the plane.

Germany’s federal agency responsible for investigating air accidents said it would not analyse the damaged black boxes from the Ethiopian Airlines plane, casting uncertainty over the process of finding out what may have caused the disaster. The U.S. FAA said the black boxes were headed to France later on Wednesday.

Ethiopian Airlines spokesman Asrat Begashaw said it was still unclear what happened on Sunday, but its pilot had reported control issues as opposed to external factors such as birds.

The chairman of the U.S. House of Representatives Committee on Transportation and Infrastructure, Democrat Peter DeFazio, called for a probe into why the 737 MAX received certification to fly.

“There must be a rigorous investigation into why the aircraft, which has critical safety systems that did not exist on prior models, was certified without requiring additional pilot training,” he said.