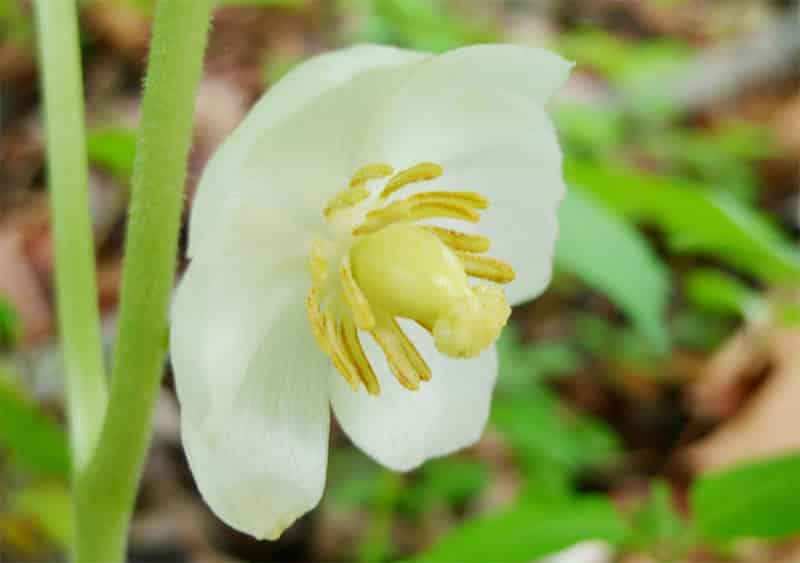 Habitat: A perennial member of the Berberidacea family growing up to 30cm in light, loamy soil in shaded woodland and marshes. The plant has a single stem that supports two oval, serrate leaves that terminates in a large, white, vile-smelling single flower. The fruit is a single berry similar in form to a large rose-hip. All parts of the plant apart from the berries are highly poisonous.

What does it do: The plant contains podophyllotoxin, a chemical that gave rise to its former popularity as a purgative, but a failure to address the precise dosage led to a number of fatalities, and it fell from favour. The plant was thought of as a cure-all by Native American medicine-men in an era where purging was a required preliminary to any further treatment; the plant has recognised hepatic stimulating properties, and as the liver was considered the centre for disease control, many tribal children never made it to adulthood.

The Eclectics, those early pioneer settler physicians that studied the medical practices of the plains tribesmen, used the plant in minute doses to treat dropsy (Oedema), nausea, gall bladder problems and constipation. A decoction was made to be used as a skin-wash for scabies, acne and erysipelas. Victorian herbalists recommended preparations made from the root to treat scrofulous eruptions and venereal warts.

Alexander McCowan is author of The World’s most Dangerous Plants’. Obtainable from Lulu Publications, and Amazon Ltd

New museum is a story of togetherness