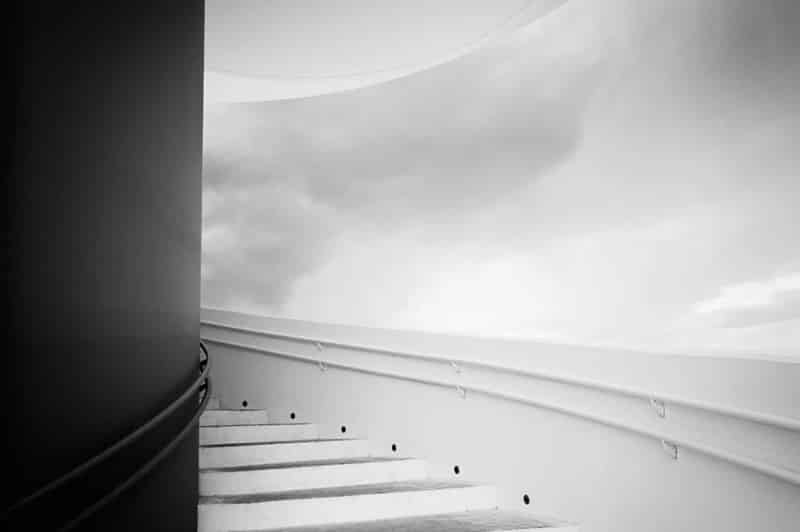 “As an architectural photographer I am interested in investigating the unique identity of space in order to reveal its character,” says Danica O Kus speaking about her upcoming exhibition titled Poetics of Oscar Niemeyer’s Architecture.

The exhibition in Nicosia, opening on Monday, puts photography and architecture in the spotlight. “Architecture is the art form that always surrounds us, and influences our everyday lives. It can frustrate or inspire. It can be mediocre or leave us breathless,” commented Connie and Jerry Rosenthal from the online gallery RfotoFolio.

“The photography of Danica O Kus captures the inspiration that can be architecture. Her photography is its own art form”. And so, Danica presents a body of work which features unique buildings by legendary Brazilian architect Niemeyer that she has been photographing for several years.

Inspired by his originality, pure aesthetics, graceful curves and expressive details, the photographer says she was captured “in the world of his timeless architecture.” And it’s not the realistic architectural object as a whole Danica focused on, rather the characteristics of the space, its atmosphere, and form enriched by light.

This series of photographs plays with the rhythms of white concrete and light and depicts buildings from Spain, Brazil and France. Other bodies of work by Danica O Kus have been exhibited in several solo and group exhibitions. Some images are part of the permanent collection of Museum of Fine Arts Houston, Rodin Museum Paris, Bibliothèque Nationale de France and private collections.