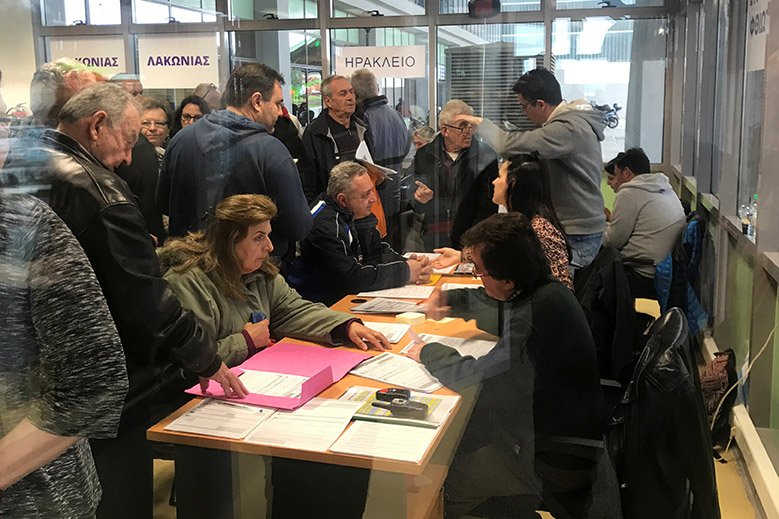 Greece, the only European country without a proper register of land ownership, is confident it will finally have one in place by 2021 after spending hundreds of millions of euros on a project that began more than 20 years ago.

The lack of a complete record of property ownership across the country is a major barrier to investment, proper taxation and growth. It was once a buzzword for the bureaucratic morass of Greece, which was forced to request three international bailouts from 2010 to 2015 totalling €280bn to stay afloat.

On Wednesday, the country opened its biggest land registry office in Athens, home to nearly half of the Greek population.

The government hopes the new centre will help speed up the process to compile a nationwide database as Athens residents will be able to register their assets in rural Greece without having to travel outside the capital.

The new registry is a 3,000 square metre (32,000-sq.ft) cavernous office complex to the north of Athens with a green metal roof that was built to host gymnastics events at the 2004 Athens Olympics.

Staff at the new centre and in smaller offices outside the capital aim to establish an electronic database that will cover the whole country by 2021, a deadline agreed with Greece‘s foreign creditors.

Concluding the project has been a condition of each of Athens’ three bailouts, the last of which expired last August.

“(Preparations) are now at their peak, we are optimistic that it will be completed by 2021,” Aria Ioannidi, manager of the project, told Reuters from the new office.

While that is still two years away, it marks progress for a project that was launched in 1998 by the socialist government of then Prime Minister Costas Simitis.

When Athens applied for its first international bailout in 2010, Greece and Albania were the only two countries in Europe that lacked a computerised register of land ownership and usage. Albania has since introduced one.

In Greece, only about 30 percent of titles deeds have been electronically registered, hampered by a lack of offices and infrastructure.

Some Greeks believe that without pressure from its international lenders Greece would not have even progressed that far.

“If we didn’t have the troika (of lenders) to put pressure on us it would have taken us another 10 years to finish it,” an official who participates in the project told Reuters.

More than 3,000 people have already signed up to register assets at the new Athens registry.

Many Greeks, though, are not happy with the process. Years of austerity has already tested their patience and the prospect of further red tape and accompanying expenses is stirring anger.

“We registered our home and some land plots decades ago in the tax offices, we are paying property tax since day one and now they are asking us for more money to register them here.”

Acropolis sparkles in the sun as Greek tourist spots reopen

Greeks return to beaches in heatwave, but keep umbrellas apart