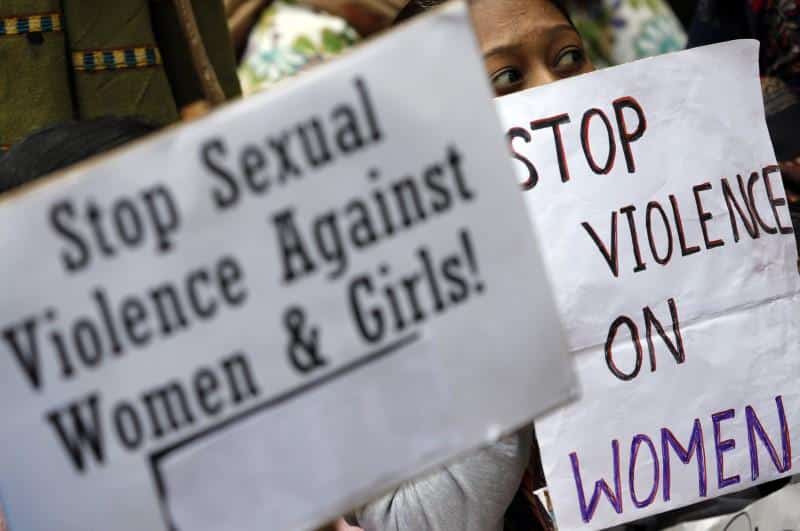 A wave of student protests rocked India’s southern state of TamilNadu on Thursday after a number of videos showing sexual assaults on college girls were posted online.

Outrage increased after police said the footage was part of wider plot by a group of men to befriend college students on social media, meet them to commit sexual assaults, and then use the video footage to blackmail victims.

“Watching the video of a girl begging her assailants to let her go was chilling,” said Captain Prabhakar, 21, a graduate student who took part in a protest in Coimbatore.

“In many of these areas, girls stepping out of their homes to attend college is a big deal. We fear that cases like this will result in restrictions being imposed again on girls.”

The number of crimes against women reported to police in India rose by 83 per cent from 2007 to 2016, according to government data, which showed that four rape complaints were reported every hour in 2016.

Four men in Pollachi were arrested after a 19-year-old woman lodged a complaint, the Tamil Nadu police wrote in a report to the government on Wednesday.

Police are now trying to identify other victims based on video footage recovered from the mobile phones of the four accused men. At least five sexual assault videos have been posted on social media.

In her police complaint, the student said she was sexually assaulted by a group of men inside a car, one of whom she knew, and that her ordeal was recorded.

Student protesters and women’s rights campaigners demanded police swiftly investigate the assaults and provide protection for the victims, many of whom have since been identified through the video clips.

Sexual violence remains taboo in India, where survivors fear stigma or retribution if they report attacks.

But the number of cases police register has been steadily rising following national outrage at the fatal gang rape of a student on a bus in New Delhi in 2012.

“The need of the hour is to help other victims break their silence and come forward with their complaints,” said Henri Tiphagne, director of human rights’ charity People’s Watch.

“We need to create a safe atmosphere for the other victims,” said Madurai-based Tiphagne.

The National Commission for Women, a statutory body that advises the Indian government on issues related to women, sent a letter to police stating that they were “seriously concerned about the safety and security of women in Tamil Nadu“.

China rejects WHO plan for study of Covid-19 origin