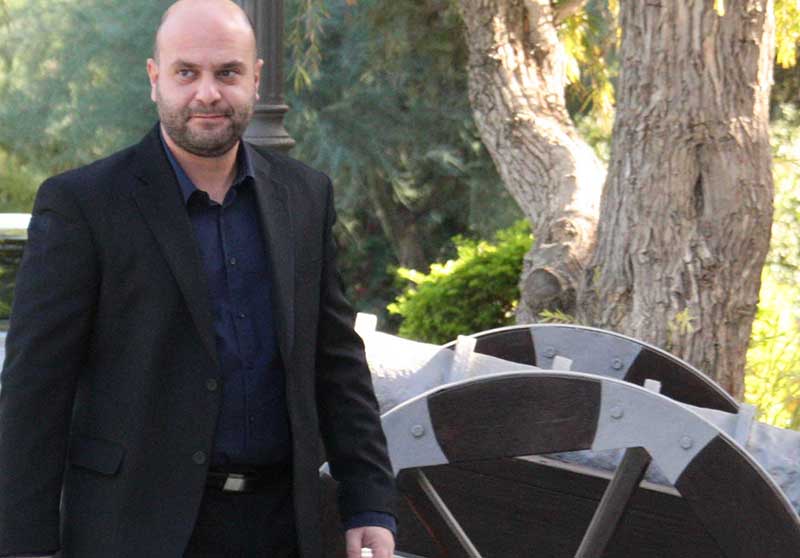 Elam leader Christos Christou said that political parties and members of the media were attempting to “muddy and lie” by referring to supposed draft-dodging by him and other party members, drawing the reaction of other parties on Saturday.

Speaking at an event to present their candidates for the EU parliament, Christou said: “Some parties that are panicking over Elam’s rise have attempted to buy out consciences and certain journalists to spread rumours.”

Answering to claims of his purported draft-dodging, Christou said that he received two transplants, one at 15 and one at 18, and his only wish had always been to be a soldier and a member of the Hellenic Army Academy.

He added that no one should criticise his party and that if they do criticise Elam, the party might choose to answer with an ‘unorthodox political war’.

Firing on Edek leader Marinos Sizopoulos, who Christou said is the main man behind the claims, the Elam leader asked what Sizopoulos did to strengthen the army, and where he was during the Turkish invasion of 1974.

Edek said that Elam was avoiding answering the draft-dodging question on purpose, and that Sizopoulos would answer them in full on Monday.

“The threats of Elam’s head seek to mask the reality hidden behind the window of pseudopatriotism and populism,” Diko party said.

Citizen’s Alliance called the party members ‘neo-Nazis’ and that the only way to keep the fascists out of the EU parliament was to vote for the candidates they have put forward with the Green party.

Elam said earlier this week there were no draft dodgers in its midst.

For anyone who goes into politics with Elam, “fulfilling their military service is an obligation and it is non-negotiable,” the party said.

According to reports in Politis, Strovolos municipal councillor and the party’s district leader for Nicosia Yiorgos Hadjioannou failed to serve for unspecified health reasons. He did, however, go on to become a martial arts master.

The third member who was discharged for health reasons is party spokesman and candidate in the European elections Geadis Geadi.

His name had come up in the past forcing him to issue a statement saying he had sustained a serious injury to the head “while serving with the 70th Engineers Battalion” without providing further details. It was reportedly sustained during a clash at a football match.