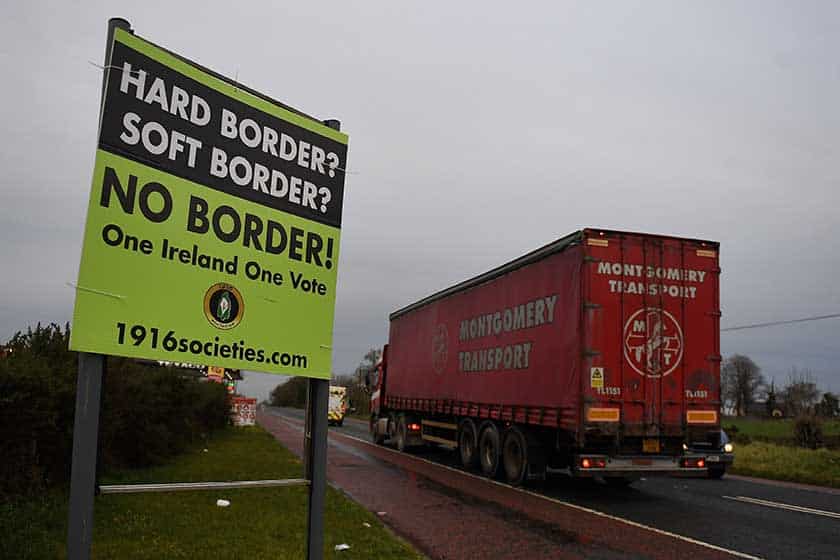 The other Europeans are not laughing at the English for the most part. They are looking at them with pity and scorn. But also with a great deal of impatience.

It was the second time parliament, including a large chunk of her own Conservative Party, rejected the deal she made with the EU last November. And the main reason both times was the so-called ‘backstop’: a commitment by May’s government to avoid a hard border in Ireland at all costs.

On Wednesday, the British parliament also rejected a proposal that Britain just leave the EU without a deal. ‘Crashing out’ would mean instant customs barriers at the United Kingdom’s port, airports and land borders, with immense disruption of trade including food imports and industrial supply chains. It would be an economic disaster.

And on Thursday, the British parliament voted yes to asking the EU for a postponement of the departure date, currently scheduled for the 29th of this month. But they don’t even control how long the postponement should be. The EU decides that.

If your local daycare was this feckless, you’d move your children at once.

The EU will probably grant the United Kingdom a delay to avoid a ‘no-deal Brexit’, but there will be no more negotiations: the delay would only be to give May time to sort out the politics of getting her deal through. It will probably be a long delay, not just a few weeks, because nobody believes she can do that quickly (if at all). And it will require the consent of all the EU’s 27 other national leaders.

It’s all about the ‘backstop’. That’s why parliament won’t pass May’s deal, and it’s why the EU refuses to re-negotiate it.

May’s November deal with the EU promised that the United Kingdom would stay in the existing customs union with the EU, and also remain closely aligned with the ‘single market’ that guarantees the free movement of goods, capital, services, and labour across the whole EU – until and unless the two parties negotiate an alternative arrangement that keeps the inter-Irish border unpoliced and almost unmarked.

If you drive the 500-km. border between the Republic of Ireland and Northern Ireland, which is part of the UK, the road crosses it dozens of times (there are 270 vehicle crossings). The only way you know you have crossed the border again is that speed limits are posted in kilometres in the republic, but in miles in the north.

But for 30 years during the ‘Troubles’ (1969-1999), which saw 3,000 people killed in a province of less than two million people, the border was a war zone. British soldiers, of whom hundreds died there, called it ‘bandit country’.

The killing ended with the ‘Good Friday agreement’ of 1999, which managed to achieve a compromise between the Protestants of Northern Ireland (who feel British) and the Catholics (who mostly identify as Irish). There would be power-sharing at government level, and the border with the Republic would become invisible. The Irish nationalists in the north could even have Irish passports instead of British ones.

Brexit is almost entirely an English nationalist project – Scotland and Northern Ireland both voted to remain in the EU – and the Brexiteers just ignored the fact that leaving the EU would sabotage the Good Friday deal by creating a hard border in Ireland. There would have to be customs officers and passport checks, or else there would be huge amounts of smuggling and an uncontrolled flow of illegal migrants.

But a hard border would bring the war back, even though most people don’t want it. The population on the UK side of the border is overwhelmingly Catholic, and any attempt to control the border without putting officials on it will fail: the local people will just destroy the cameras and other sensors.

So the Irish government demanded that the border stay open and invisible. It is and will remain a member of the EU, so that became EU policy. Which means Northern Ireland (and therefore all the rest of the UK) must stay in the customs union until someone comes up with a magical method for controlling the border invisibly.

That’s why the ‘backstop’ was necessary, and Theresa May accepted that when she signed the deal last November. But she cannot sell it to her own party’s hard-line Brexiteers, let alone to the other parties in parliament. Magical thinking still rules, and the arrogance is as breath-taking as the ignorance.

What happens next? Nobody has any idea.