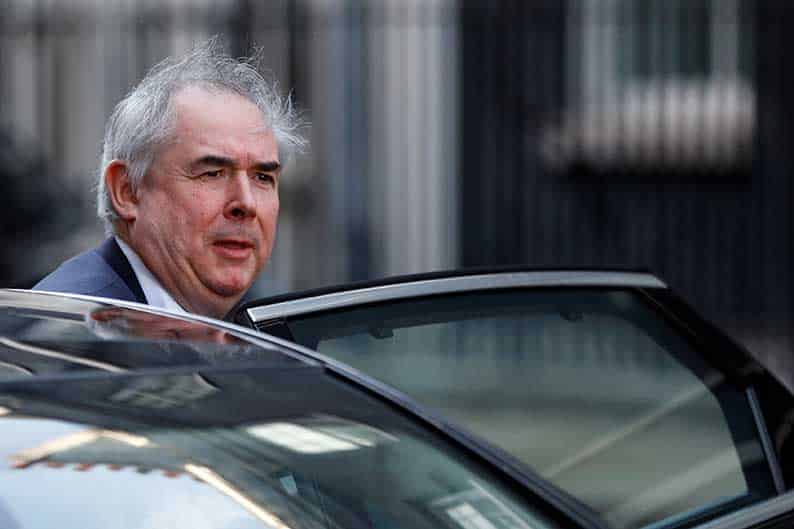 I may not have my voice but I understand the voice of England, Theresa May told the House of Commons after quite literally losing her voice and the vote on her refined withdrawal agreement to leave Europe.

She sounded a bit like Queen Elizabeth I at Tilbury as the Spanish Armada sailed towards England: ‘I may have the body of a weak and feeble woman, but I have the heart and stomach of a king and a king of England too; and think foul scorn that any prince of Europe should dare to invade the borders of my realm.’

Great stuff except that Theresa May’s enemy this time was a lot closer. I am not referring to Jacob Rees-Mogg and his band of merry zealots in the European Research Group but to her attorney-general, Geoffrey Cox, whose badly constructed legal opinion sank her last week.

There is a dearth of international lawyers in the Conservative party compared to those available at the Foreign and Commonwealth Office Treaty Section and in academe.

Quite why Members of Parliament were prepared to base such an important decision on his legal opinion is difficult to understand since there is superior legal expertise in the other place in matters of international and EU law, and besides the attorney-general is not parliament’s legal adviser, he is the government’s legal officer.

The attorney-general advised the government that the legally binding declarations on the withdrawal agreement did not change his original opinion in November 2018 that a failure to reach agreement on the backstop after Brexit would block the UK from leaving the EU’s customs union indefinitely.

The EU made it absolutely clear that the integrity of the single market and the customs union and the survival of the Good Friday Agreement between UK and the Republic of Ireland was the rationale behind the backstop. It was put there to preserve a soft border between Ireland and Northern Ireland – an aim shared between UK and the EU.

Strictly speaking I don’t think the backstop was necessary because the UK is bound to honour the Good Friday Agreement anyway. So the EU had no business meddling in the delicately balanced power relations in the province. If only the late Dr Ian Paisley, a Unionist Member of Parliament and a Member of the European Parliament in his day, were still around to shout his famous ‘never, never, never’ refrain at the EU in his inimitable voice.

But that’s another story. The narrow point on which the attorney-general’s independent advice was sought was as to the legal effect of the additional declarations.

That said everyone in the law knows – including the attorney-general – that the expression ‘best endeavours’ is so subjective it is often a meaningless cliche in practice. What May achieved by the legally binding declarations was to get the EU to particularise the steps required to satisfy the mutual obligation of the parties to perform and interpret the best endeavours obligation in good faith.

She persuaded the EU to change weasel words into strict legal obligations with legal consequences in the event of breach, and the attorney-general should have acknowledged the true legal effect of this in his opinion.

Instead of advising that the legal risk of being unable to leave the backstop remained unchanged, he should have advised that the legal risk was now so small it could be ignored in accordance with the Latin maxim de minimis non curat lex – the law does not take into account that which is insignificant.

After all the EU agreed to define step by step the practical requirements of best endeavours to reach a trade agreement after Brexit, thereby disabling the EU from negotiating in bad faith to block the UK’s freedom to leave the customs union. Basically she succeeded in ensuring the UK’s right to leave the customs union unilaterally if a mechanism for keeping a soft border in Northern Ireland were in place and the EU still refused to cancel the backstop. The EU would ex hypothesi act in bad faith if the UK found a way to keep the soft border in Northern Ireland yet kept locked in the customs union.

So far as I know the attorney-general is not an international lawyer with expertise in EU and public international law in the mould of, for example, my old friend Richard Plender QC. In any case his opinion is not set in stone. As we all know he is entitled to change it if on mature reflection it is clear that he underestimated the true import of the legally binding obligations undertaken by the parties.

What was required of him was not his opinion in a vacuum but his independent advice on the practical effect of fleshing out ‘best endeavours’ in a legally binding document.

Britain believes that she will be able to find a way to preserve a soft border, not least because she is a serious country that has an historic obligation to do so under the Good Friday Agreement.

The declarations secured by Britain are legally binding under international treaty law. States are bound to perform treaties in good faith and interpret such written agreements in good faith having regard to the words used in their context and the object and purpose of the treaty. The point about the two declarations is that they are legally binding because they have been made part of the context that determines the meaning and effect of the terms good faith, best endeavours and backstop. The object and purpose of the treaty is the withdrawal of the UK from the EU. The object and purpose of the backstop is to ensure the Good Friday Agreement remains unscathed by UK’s withdrawal. So provided a soft border is preserved the UK cannot be locked-in.

What the attorney-general failed to grasp and tell parliament is that paradoxically the withdrawal agreement and the legally binding declarations place the UK in a much better position than she would be if she were to leave without a withdrawal agreement at all. This is because the impact of the change of circumstances wrought by Brexit on the Good Friday Agreement could not make the Good Friday Agreement impossible to perform or radically transform the mutual rights and obligations of the UK and the Republic of Ireland.

A week is not just a long time in politics it can also be very entertaining, and contrary to what most people think I believe that last week the British Parliament showed the world how to do open representative democracy in a free country.

The attorney-general’s performances at the despatch box were a bit loud and over the top. He spoke with false passion without intending to persuade the House of Commons to vote for the prime minister’s deal. As such he was her worst enemy.

Who’s the real target of politician’s arrest in north?