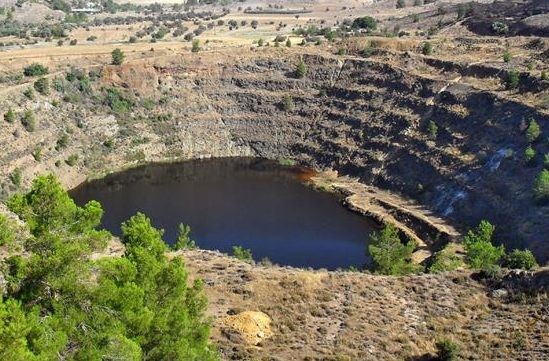 Long delays and lack of coordination between the relevant departments have been identified by the Audit Office, which is proposing a new Strategy for Sustainable Mining and Quarrying Development in Cyprus.

In a summary of findings and suggestions from a management audit of the Department of Town Planning and Housing, the Department of Geological Survey and the Department of the Environment, the Audit Office also suggests simplifying existing procedures, finding a better way to coordinate services, improvement of control procedures, inspections of abandoned sites of former quarries, and the imposition of dissuasive fines.

“The main objective of this audit is to evaluate all the procedures and the compliance with the relevant policies and the current legislative framework governing the rational and sustainable management of the Republic of Cyprus mineral resources,” the report said.

It said existing procedures could be simplified in order to reduce bureaucracy, exchange large volumes of correspondence between the departments concerned and long-term consultations.

The Audit Office also finds that the Sustainable Mining and Quarrying Development Strategy of Cyprus (SAMLA) 2001-2025 that was prepared did not take into account the future needs and “given the long period of time that has elapsed since the development and completion of SAMLA, we have suggested examining and updating or preparing a new study that takes into account, inter alia, the current legislative framework, the current economic development data, existing stocks and project planning for the next few years,” the report said.

According to the Audit Office, the new strategy should be consistent with development planning for the years 2030-2050 to ensure that future requirements are adequately covered.

“There is also a lack of coordination between the departments responsible for the sustainable management of raw materials and the implementation of public works, which raises concerns about the completion of the projects that have been launched in the best possible way for sustainable and sustainable management,” the report said.

The Audit Office proposes “to consider the establishment of a cooperation protocol, clearly indicating the roles and responsibilities of each operator”.

“Most of the decisions of the Council of Ministers in relation to the matter were either not implemented or were implemented late, mainly due to difficulties in the co-ordination process of the competent authorities,” the report said.

It also found that in cases of illegal extensions of existing quarries, the fines imposed were not a deterrent.

It suggested the possibility of linking penalties with the renewal of quarrying privileges.

“If the existing procedure is not modified, we suggested that an increase in the amount of the administrative fine should be considered, with the aim of making it dissuasive”.