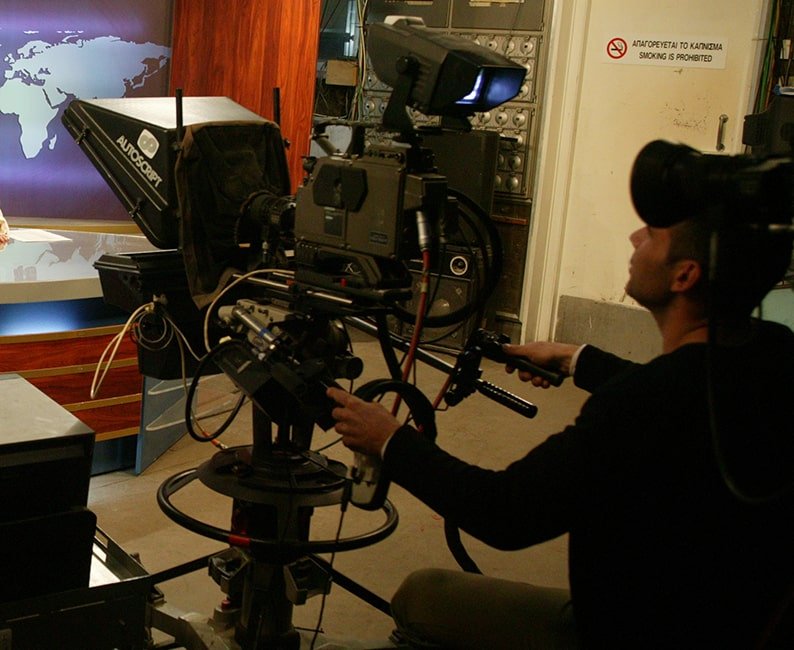 The government will amend legislation to reduce the state broadcaster’s blanket coverage of political parties’ announcements and boost proper news reporting, Interior Minister Constantinos Petrides said on Monday, as he sought to resolve the impasse after parliament, including ruling Disy, rejected CyBC’s budget.

Petrides said CyBC suffered from “chronic distortions” but its role was something no one disputed. The minister said the matter will be discussed by the cabinet on Wednesday.

“The objections relate to wider issues, both as regards working conditions and the structures, and the informative part,” the minister said.

Expanding on his decision on Sunday, after he was heavily criticised on social media, Neophytou said Disy wanted CyBC to provide the Cypriot people and taxpayers with valid, timely and objective information with equal treatment, a state-owned broadcaster whose existence the taxpayer pays in order to promote the culture and customs of the country. He said his party would not support giving money to a “soap opera institution”.

Petrides set a strict timeframe during which CyBC must prepare and submit an organisational chart and apply reforms with the new budget, which is expected to be discussed anew on Friday.

He said they have agreed with the board to make some adjustments to boost cultural productions further though he admitted that steps towards that direction had already been taken.

“Shows on culture have increased from one to six, there are three local productions that employ Cypriot actors and have received universal approval, one radio station broadcasts classical music exclusively and this is also something welcomed by the public,” the minister said.

Petrides said amending the law would afford protection to the broadcaster and make it less vulnerable to party interference. The board will also launch efforts to boost the news segment of its programming.

The board has been given one month to present a new structure that will meet the contemporary needs of a modern television station.

New employment plans must also be drawn since the broadcaster currently relies on workers on ‘indefinite term’ contracts without advancement prospects or substantial pay rises, the minister said.

The new budget will be accompanied by an action plan with clear timeframes to resolve the broadcaster’s structural issues.

Frangos said there will be a rise of cultural and informative programmes in the new season and a need to change the “obsolete” law which mandates reporting all party announcements during news shows.

“The minister said this must stop, we must focus on real news and have less party interference,” Frangos said.

According to Frangos, the minister outlined the pillars on which CyBC should be based. He sought to clarify that Neophytou had not asked for any shows to be cut but set certain principles as a condition.

In his press conference on Sunday, Neophytou assured that no one would go without a salary at the end of the month.

But he added it was time for a real dialogue to begin on what a good state-owned broadcasting organisation should encompass. Part of that should be that CyBC ought not to be churning out the same type of fodder as the private stations.

“There is no reason for taxpayers to pay €33 million a year to maintain the CyBC,” Neophytou said, adding that he wanted to see in the revised budget, a differentiation of the station’s role and mission.

“People want information and news on important issues…what is happening in the world, what is happening in our region. Is it news every night to be given the position or written statements of the political parties?” the Disy leader said. “I said it many times and I will repeat. This is not news.”

His critics questioned the timing of his intervention, considering his party has been in power for the past six years without ever seeking to make any changes. Neophytou himself was the chairman of the House finance committee for the past two and a half years but again he never took action.

Others suggested both Disy and Diko were defending the interests of private television stations at a time when CyBC is registering its highest viewership figures in many years.

There is also a rumour regarding an alleged power game between Averof and the Presidential Palace over the control of the broadcaster.

Diko said it has been rejecting the CyBC budget for the past three years because it was a “monument to mismanagement and waste of money.”

Like all other state-controlled bodies, CyBC has been used by political parties throughout the years as a vehicle for featherbedding.

The chairman of the House finance committee said on Monday, that, following the rejection of the budget last Friday, the government must now come back with a different text, since the rules stipulate that the same budget cannot be submitted during the same parliamentary term.

So far the government has not contacted parliament about the issue, he added.

Under the rules, a new budget must be sanctioned by the cabinet, then submitted to parliament, and a fresh vote held in the plenum.

Speaking to Politis radio earlier in the day, Votsis stressed that it was no one’s intention to close down the state broadcaster.

The budget was rejected, he said, because the ruling party had wanted to “send a message” to CyBC.

Orchestra concerts promise more than the sound of water