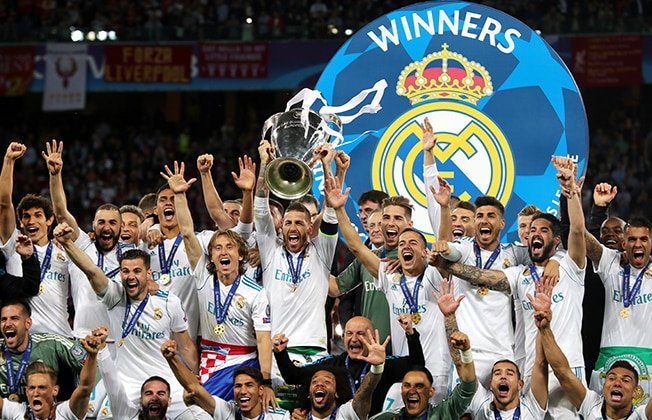 Champions League matches at weekends would not have the backing of supporters, according to a key figure in the European game.

Representatives from UEFA and the European Club Association are set to meet on Tuesday, with the Wall Street Journal reporting that radical changes to the format of continental club competitions will be discussed.

Moving Champions League games to the weekend and introducing a promotion and relegation system are reported to be two of the ideas set to be floated.

However, European Leagues, the organisation which represents 35 professional leagues across 28 countries, believes supporters’ love of domestic action at a weekend would prevent the idea gaining traction.

European Leagues deputy general secretary Alberto Colombo told Press Association Sport: “Football is a conservative business and we know that the passion of fans is driven by the domestic game.

“English fans love going to see Premier League games at the weekend and it’s the same with fans everywhere else, too.

“We know they won’t back this idea because they love the traditional rivalries between their cities and communities.

“When you go to the office or you’re at school, you don’t have a friend who is a Bayern Munich fan, do you?

“Your colleagues support Arsenal, Manchester United and Liverpool, and those are the rivalries we want to talk about on Monday morning.”

Colombo was speaking the day before European football’s governing body UEFA meets the European Club Association’s executive board in Nyon.

The Wall Street Journal reported that changes to the format could be introduced as early as 2021.

UEFA, however, has played down the significance of the meeting, describing it as an “informal brainstorming session…to discuss ideas and exchange views regarding club competitions post-2024”.

In a statement, UEFA added: “We will hold similar meetings with other stakeholder groups in the coming months, in order to allow for a proper consultation process before drawing up concrete proposals that could be studied more in-depth before any decisions are made.”

Colombo confirmed that the European Leagues, for example, will also be meeting UEFA in the coming weeks, although no date has been fixed yet.

Last month, the governing body and the ECA extended the memorandum of understanding they initially agreed in 2015 to effectively lock down the status quo until 2024, with the exception of the launch of a third club competition, the so-called Europa League 2, in 2021.

The ECA, which represents 232 of the best teams across Europe, declined to comment on Tuesday’s meeting but is understood to view the session as a very preliminary conversation about the evolution of UEFA’s tournaments and further evidence of the collaborative relationship they have with the governing body.

Our View: Taking on CyBC unions will be no easy task