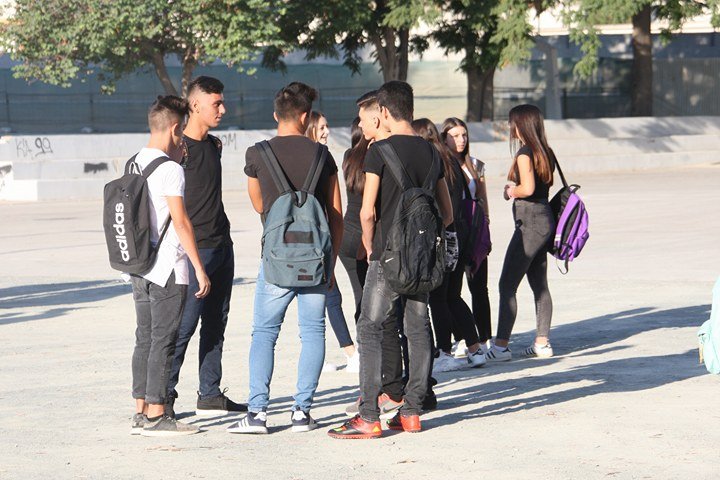 Secondary and technical schools will be equipped with security guards who will remain on site from 7am until 2pm as of the 2019/20 school year, a measure which student union Psem dubbed on Tuesday a “conservative setback” for Cyprus education.

Speaking after a meeting held on Monday with education organisations, organised parents and student groups, Education Minister Costas Hambiaouris announced a series of agreed measures to tackle delinquent behaviour and violence in schools.

With a series of measures such as the fencing of schools and the installation of cameras and intercoms to control entry already in the pipeline, Hambiaouris announced that a total of 56 security guards will be stationed in secondary and technical schools as of September.

The measure, put forward by organised parents groups, is staunchly opposed by Psem.

“The introduction of guards, high fences, and security cameras only work to enhance repression, which will in no circumstances foster a meaningful resolution of the issue but will contrastingly contribute to the augmentation of the issue through the surveillance and terrorism of students,” Psem said on Tuesday.

Psem noted that in response to their submitted proposal for measures focusing on the prevention of violence in schools, Hambiaouris cited economic and other difficulties.

“In simple terms, the ministry told us that there is money available to invest in measures of repression, but no money for further enhancement of preventative measures through the introduction of more educational psychologists, social workers and councillors,” Psem added.

In his statements, Hambiaouris noted that the educational psychology service will be boosted through the opening of 20 positions, which will also serve to reinforce the emergency response team in schools.

Proposals for measures were submitted by all parties participating at the meeting.

Regarding the request submitted for more social workers in schools, Hambiaouris said that this will require inter-ministerial cooperation, and will have to be discussed before the council of ministers.

“The issue of delinquency is becoming increasingly worrying due to the increasing problems and inequalities that prevail in society, and consequently in schools,” Psem said.

Psem highlighted the need for a holistic handling of the issue, which cannot be solved through sporadic interventions and occasional measures based on repression, but requires adequate support of students in their school and social lives.

Further measures such as the fencing of schools and the installation of intercoms to control entry were announced by the ministry last October.

During the same period last year, the ministry announced a six-pillar national strategy to combat violence in schools, seeking to promote a safe school environment, and to respond in the best way possible to pupils’ emotional and social needs.

The need for stepping up measures to target violence in schools was highlighted once more last month when three people were injured during a fight at the Larnaca technical school Ayios Lazarus after a student under attack called on teachers to come to his assistance.

Yiannos Socratous, president of secondary-schoolteachers union Oelmek said that “teachers cannot and should not be turned from educators into police officers.”