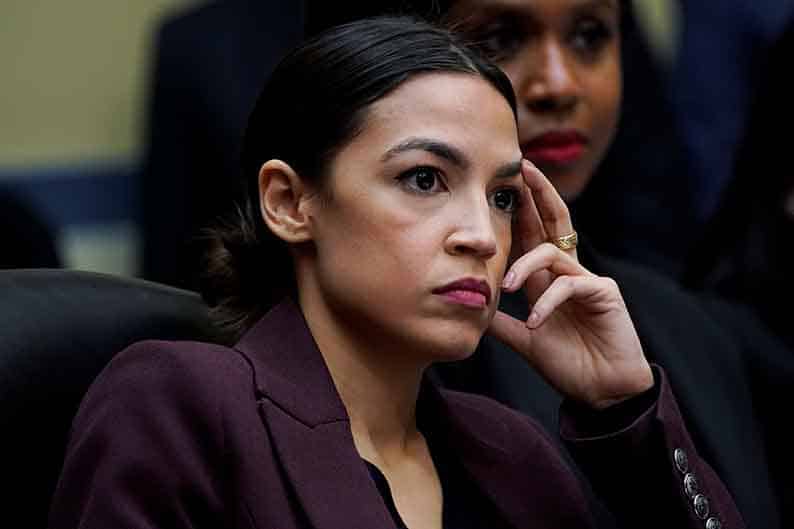 US solar and wind power companies may have the most to gain from the Green New Deal, an ambitious proposal backed by several Democratic presidential candidates to end US fossil fuel consumption within a decade.

But do not expect the renewable energy firms to endorse it.

Representatives of America’s clean energy companies are withholding their support for the climate-fighting plan, calling it unrealistic and too politically divisive for an industry keen to grow in both red and blue states.

The cool reaction reflects the difficulty that progressive politicians vying for the White House may have in selling aggressive global-warming policy to the business community and more moderate voters.

It also underscores a new reality for US solar and wind power companies long associated with the environmental left: As they have improved technology and lowered prices, their growth is shifting from politically liberal coastal states to the more conservative heartland, where skepticism of climate change and government subsidies runs high.

“If you just broadly endorse the Green New Deal, you are liable to upset one side of the aisle or the other. And that’s not constructive,” said Tom Werner, the CEO of SunPower Corp , one of the nation’s biggest solar power companies.

“The idea that you could go 100 per cent (clean energy) in 10 years would require a lot of things happening perfectly, simultaneously,” he said. “You’d have to have bipartisan support, 52-state support.”

The Green New Deal was introduced last month by Alexandria Ocasio-Cortez, a Democrat Congresswoman from New York, along with fellow Democrat Senator Edward Markey of Massachusetts. It has since become the center of a renewed debate in Washington about how vigorously the government must act to address climate change.

The Congressional resolution, which has no force of law, calls for the federal government to make investments to achieve net-zero greenhouse gas emissions in a decade by meeting 100 per cent of America’s power demand with clean, renewable sources such as solar, wind, hydroelectric, or geothermal energy.

It also calls for massive investments in green infrastructure projects like “smart grids” to improve efficiency, along with a guarantee of millions of high-wage jobs with paid vacations, medical leave and retirement security. The resolution does not get into detail about how subsequent legislation would achieve these goals.

So far, at least eight Democratic presidential hopefuls – including senators Bernie Sanders of Vermont, Elizabeth Warren of Massachusetts and Amy Klobuchar of Minnesota – have endorsed the plan as they seek to stand in stark opposition to the pro-drilling policies of President Donald Trump.

Trump’s fellow Republicans have widely panned the Green New Deal, saying it would cost trillions of dollars of taxpayer money, may be technically unfeasible, and smacks of radical socialism.

Rhiana Gunn Wright, founder of the think tank New Consensus, which is drawing up Green New Deal policies, said her group will not estimate costs of the plan until it is more fully drafted next year. She said opponents’ estimates are premature and do not account for the benefits of climate action and the costs of inaction.

The feasibility of the proposal has been a source of concern for the clean energy industry, too.

“We love the enthusiasm the Green New Deal has brought to the climate issue … but we need to operate in political reality,” said Dan Whitten, vice president of public affairs at the Solar Energy Industries Association, the solar industry’s main lobby group.

Another concern is the fact that the plan extends beyond energy and climate policies to include guarantees of jobs, training and healthcare for communities affected by climate change, said Greg Wetstone, president of the American Council on Renewable Energy, a non-profit organization promoting renewable energy industries.

“It creates controversy and complexity, tying this to issues that are not in our sphere,” he said.

The US solar and wind industries have expanded over the last decade, thanks to lucrative government subsidies, and now employ some 350,000 workers nationwide – more than four times more than the coal sector, according to the 2019 US Energy and Employment Report released this month.

While the growth began in liberal-leaning regions such as California and New England, it has more recently come in states that voted heavily for President Donald Trump in 2016, including Texas, North Carolina, Iowa and Florida, according to data from the American Wind Energy Association, Wood Mackenzie Power & Renewables and SEIA.

That has helped strengthen the industry’s appeal to Republican lawmakers, allowing it to rebrand as a jobs engine in addition to a tool for combating global warming. And during the last election cycle in 2018, solar and wind companies contributed significantly more money to Republican candidates than to their traditional Democratic allies.

“We have raised these industries above science experiments and feel-goodery, and we are now real businesses and can’t just play to one half of the country,” said one renewable sector lobbyist, who asked not to be named discussing the topic.

“Staying out of the line of fire is the goal of most companies and trade associations,” said another clean energy industry representative. “There will be a real danger for our industry and companies if they are shouting out about the Green New Deal from the rooftops.”