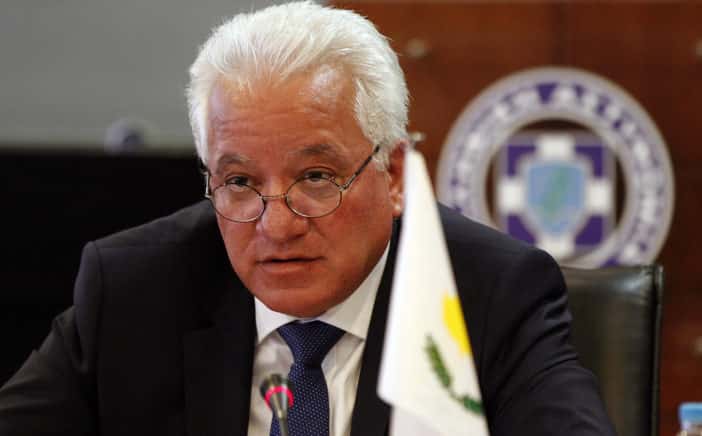 Authorities have so far not come across any incidents of foreign fighters passing through Cyprus to reach other countries after leaving Syria, Justice Minister Ionas Nicolaou said on Friday.

The minister told the Cyprus News Agency that as of next month Cyprus will have access to the Schengen Information System (SIS) through Europol, as a temporary measure to enhance the ability of Cypriot authorities to assess the risk of some cases of irregular migrants arriving in the territory of the Republic.

“Access to the SIS will help to ascertain whether persons passing through Cyprus are classified as foreign fighters,” he said.

So far, he said, local authorities have not come across any cases of foreign fighters who passed through Cyprus fleeing Syria. “We do investigate every piece of information received, and each case,” he said, adding there was no complacency when it came to security.

He gave as an example the possibility of European citizens or third-country nationals who fought in Syria who could try to pass through Cyprus to go back to their countries of origin.

“They may be radicalised persons returning to their country of origin to commit terrorist acts,” he said.

The SIS system’s information is needed both for internal security purposes and for informing the countries of origin of foreign combatants in the framework of cooperation between member states.

The minister said however that temporary access to the SIS through third parties was not enough.

“We want a way to be found so that the Cyprus police have direct access to the SIS,” Nicolaou said. The issue would be discussed also with the general director of the European Commission’s directorate general for migration who is to visit Cyprus in April.

Cyprus and Ireland are the only EU members not connected to the SIS when all other member states, plus Switzerland, Norway, Liechtenstein and Iceland, have access to it, he said.

Cyprus, he said, already has access to Europol, Interpol and other information platforms, but not to the SIS because the island is not part of the Schengen zone.

The aim of Nicosia is to interoperate the SIS with other information platforms so that security issues can be addressed when it comes to irregular immigrants arriving in Cyprus, mainly from Syria, either through the north or directly to the government-controlled areas, he said.

The matter was discussed during a meeting this week in Nicosia between Nicolaou, Interior Minister, Constantinos Petrides and European Commissioner for Immigration, Home Affairs and Citizenship, Demetris Avramopoulos.

“Since there are flows to Cyprus where one can mingle among immigrants and come through Cyprus, we always have to do our utmost to get as accurate, timely and more comprehensive information to make accurate assessments for each case,” Nicolaou said.

The issue was also raised during the previous meeting of Avramopoulos in Cyprus and there was a temporary arrangement on access to SIS systems through Europol staff.

Europol members will arrive in Cyprus on April 2 as guest officers through which the Cypriot authorities will be able to evaluate information in the SIS.

The minister said that Cyprus is ready to be assessed on the technical areas needed for access to this system, such as the protection of personal data, connection to the SIS system and police cooperation.

He also said that during the meeting with Avramopoulos this week, Cyprus asked the Commission for logistic support, indicating that European funding for the acquisition of vessels aimed at monitoring and strengthening controls in the sea area was pending.

Cyprus also asked for technical assistance was required to control migrant flows through the buffer zone, he said. Nicolaou added that there are plans to use technology to prevent uncontrolled crossing from various points of the buffer zone so that crossings can be done only through the checkpoints, in a controlled manner.