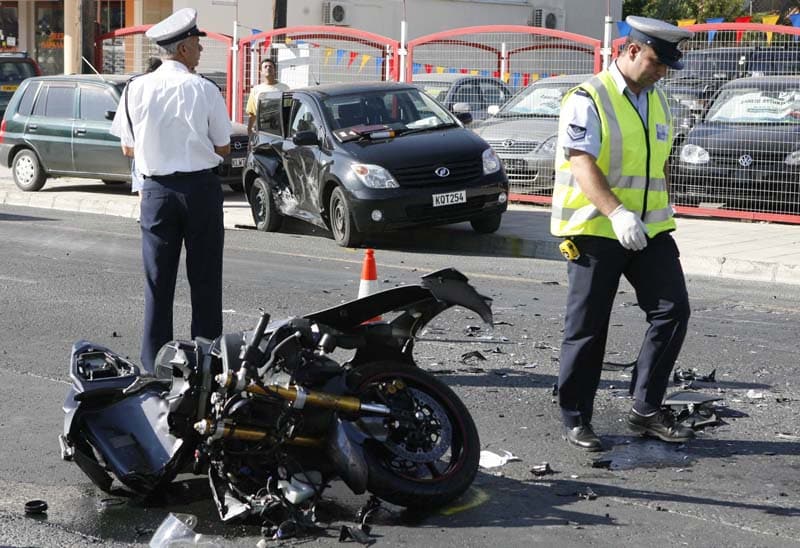 THE government has submitted seven bills to parliament introducing stricter penalties for certain traffic offences in a bid to curb deaths and serious injury on the island’s roads.

In the accompanying memo, the justice and transport ministries said a study carried out by the law department of the University of Cyprus has found that “current penalties for specific offences considered as the main cause of serious traffic collisions are very low compared with other EU member states and other advanced countries.”

The government said it sought to update penalties relating to speeding and driving under the influence of alcohol or drugs, driving without a licence, failure to wear a seatbelt or crash helmet, and using a phone while driving.

The bills also provide for stiffer penalties for driving uninsured and without a road worthiness certificate.

Penalties are also raised for hit and runs, running a red light, parking on pavements – a common practice all over Cyprus – and taking parking spots reserved for handicapped persons.

They also introduce vehicle seizures, lower alcohol levels for drivers who had their licence suspended after completing 12 penalty points, and enable courts to issue driving bans pending an investigation.

For instance, if the alcohol levels in the breath and blood exceeds the legal limits but is under 36μg/100ml or 82mg/100ml respectively, the offender faces a jail term of up to three months and or a fine of up to €1,500. The penalties rise according to the alcohol levels.

People convicted of drink driving who re-offend within three years could face double the initial penalty imposed on them.

Reckless driving that ends up causing bodily harm will be punishable with up to three years in jail and or a fine of up to €10,000.

Included in the bills is an increase in the fines for speeding from €1 per kilometre to €5; using a phone while driving will fetch a €300 fine instead of the current €85.

Not wearing crash helmets on motorcycles, running red lights, and parking on pedestrian crossings and spaces reserved for handicapped drivers will cost €200 from €85.

Our View: High rents an obstacle to tackling labour shortage in hotel industry