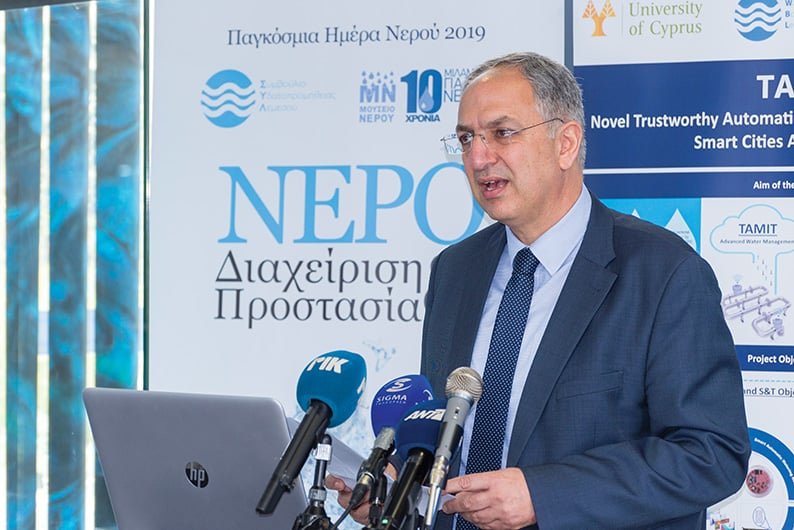 AGRICULTURE Minister Costas Kadis warned on Friday that despite the fact reservoirs have overflowed this year, everything points to gradually fewer available water quantities in the coming years as he called for sensible use of water.

In an event to mark World Water Day organised by the Water Development Department, the minister said that despite the current positive situation caused by the heavy rainfall, predictions forecast a reduction in rainfall and a rise in water needs in the coming years.

“Water is the common property of today’s people and a valuable inheritance of future generations. Access to it is a universal human right,” he said.

The agriculture ministry and the government, he said, put the water issue high in their priorities so that each citizen and visitor can have “safe access to good-quality water.”

Kadis said that his ministry was in the process of adopting a new strategy that recognises the need for economic viability, aims at equal access to water resources and promotes management of demand in ways that ensure the quality of water and the environment.

The measures to be taken will be immediate, medium-and-long-term, up to 2030, he said, adding that the strategy is expected to be submitted to the cabinet within the coming days.

But all this will have no point without the cooperation and constant effort of local authorities and unless members of the public have a sensible and responsible attitude.

Kalavassos reservoir was the latest to overflow on Friday morning, the 11th to do so this year. This time last year, it was just 11.9 per cent full.

The reservoir is the second biggest of the eight in the southern conveyor project, with a capacity of 17mcm. It has a height of 60 metres and is 428 metres long.

The largest is Kouris, 75 per cent of which is currently filled. Another two reservoirs of the project, Germasoyia and Polemidia, overflowed earlier this month.

Asprokremmos, the second largest reservoir in all of Cyprus, overflowed earlier this month. The last time it was full was in 2012.

Our View: Education ministry must end knee-jerk reactions prompted by others