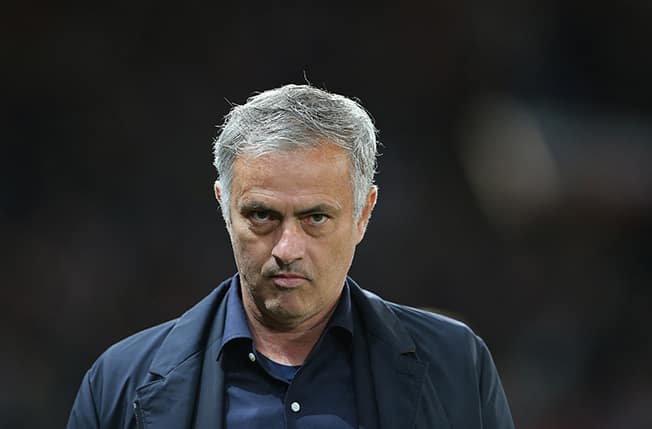 Jose Mourinho has set a deadline of June to return to management after turning down four offers following his dismissal by Manchester United.

The 56-year-old has been out of work since losing his job at Old Trafford last December.

But the former Chelsea, Real Madrid and Inter Milan manager, is keen for a return to club football next season, and says he has used his spell on the sidelines to prepare for his comeback.

“What I have in mind is that I would like to be back in June for a new club and a new pre-season,” he told beIN Sports.

“I know what I don’t want and that is the reason why I have had to say no to three or four different offers.

“I know what I want, not in terms of a specific club, but the nature of the job, and I am going to be waiting for that.”

Mourinho was linked with a return to his former post at Real Madrid before the Spanish giants turned to Zinedine Zidane.

But the Portuguese, who added that it is unlikely he will take an international job ahead of next year’s World Cup in Qatar, insists he is enjoying his time away from the management spotlight.

“In this moment, I miss nothing at all,” he added. “I am two-and-a-half months without work, but I am preparing for the next one. It is not like I am on holiday or I am bored with nothing to do.

“When you are working every day with six press conferences, three matches a week, and all the problems you have day-by-day, you have no time to take care of yourself. Now, I have these months where I can come back even better prepared.”

Mourinho came under severe criticism in the latter stages of his tenure at United, but he was keen to point to a CV which boasts 25 major honours as a manager.

Mauricio Pochettino and Jurgen Klopp have been hailed for their work at Tottenham and Liverpool, but both are yet to win a trophy with their respective clubs.

Mourinho added: “I won titles everywhere I have been and I cannot run away from my mentality.

“If your team plays very well, your team wins, so I don’t like these contradictions we have in football nowadays.”

New Zealand reopens mosques that were attacked in Christchurch