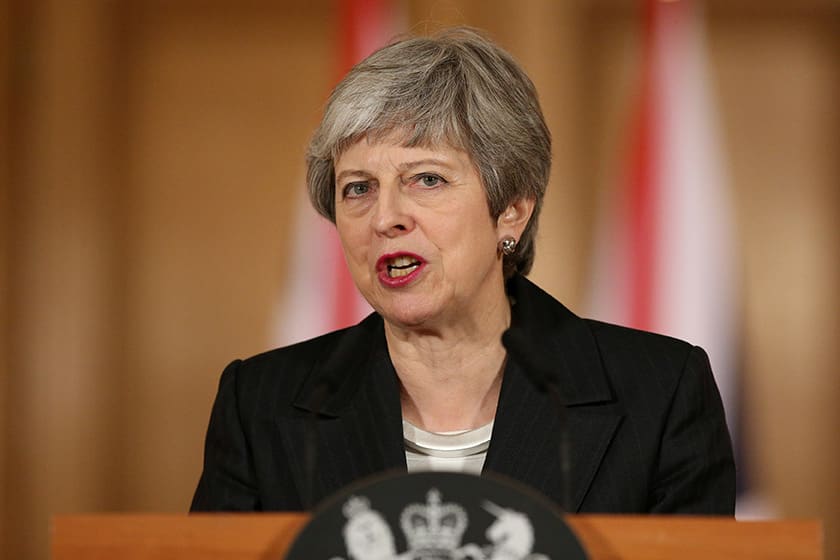 THE penny has finally dropped in the EU that you cannot disrespect the constitutional arrangements of member states and get away with it all the time. You can probably get away with it in the case of a country desperate to join, but not with one that voted to leave the EU.

The timetable the EU devised for Brexit last Thursday shows a modicum of respect for Britain’s parliamentary procedures, arcane as they may seem to most people. Theresa May will try and get her withdrawal agreement through parliament a third time next week. If the question is put and she succeeds, then the UK will have packing-up time until 22 May. If she loses, then the UK has an extension until April 12 for parliament to coalesce around a withdrawal arrangement for which there is a majority to put to the EU as a way forward.

The Brexit options these dates accommodate are: May’s withdrawal deal, parliament’s way forward, no deal, a long extension, or revoking the whole process. Thus if May’s deal passes, the question of remaining beyond May 22 does not arise. So also, if parliament decides to leave with no deal by default. If, however, parliament manages to coalesce around another withdrawal arrangement, it would depend on what it is and how and by whom it will be moved forward. If the UK needs time to hold another referendum or a general election it would have to take part in the European elections. So also, if the UK decides to revoke the exit process.

This tight timetable should concentrate responsible minds as it shows respect for UK’s constitutional arrangements as well as for the referendum result of 2016. Whatever happens, however, people need to appreciate that no deal is just one of two default positions. Crashing out with no deal is as much a default position to be avoided as revoking the exit process altogether. As a matter of EU law neither of these default options exist as ends in themselves.

The law is that both the EU and UK have an obligation to ensure that Britain exits the EU in an orderly fashion under a withdrawal agreement within two years of notice of intention to exit. The thinking behind the two-year time limit was that it was a reasonable timeframe during which the exiting state and the EU were expected as rational entities to agree withdrawal terms with the possibility of an extension if required. The two-year timeframe was not put there to enable one side to hold the other to ransom.

The withdrawal legislation sets March 29, 2019 as exit day but also gives the government the power to extend it, as indeed it will do following the prime minister’s agreement with the EU to timetable the process after March 29. In the event of failure to obtain approval of the withdrawal agreement the government has to inform parliament and the EU on how it proposes to proceed after the April 12 deadline.

We know that the House of Commons voted against a no deal exit and the prime minister is against it too. She also told the country in a television broadcast last Wednesday that she is dead against both taking part in the European elections and having a second referendum on Brexit. So the only available option capable of resolving the Brexit impasse left is a general election. The political parties can then inform the public in their election manifestos exactly how they propose to deal with Brexit if elected.

The prime minister no longer controls the power to call a snap general election, but if she can muster a two thirds majority in the House of Commons she should be able to go the country. Jeremy Corbyn has been calling for a general election so he could hardly decline to support her in a motion to have one. Presumably she would not find it too difficult to gather enough support from her own party. Most Tories would probably prefer to fight an election under another leader so that would need to be sorted by the men in grey suits.

Ironically one of the reasons May called a snap election in 2017 was to give herself a free hand to conduct the Brexit negotiations, though there may have been a more cynical motive. Basically she thought she could easily defeat Jeremy Corbyn and win an even bigger majority in her own right.

Alas it all ended in tears – literally. She just scraped though as the largest party and a hung parliament and only managed to stay in power in an alliance with the most awkward squad in parliament –  the Democratic Unionist Party of Northern Ireland.

Britain is in not in any political or social danger that her institutions cannot cope by going to the country as she has always done. All that happened in the Brexit referendum is that by a narrow majority the British people voted to leave the EU. But under EU and UK law the people voted to leave in an orderly fashion in accordance with a withdrawal agreement negotiated by the government – not in a disorderly fashion come what may.

If it is possible to leave with a withdrawal agreement well and good. If that is difficult it is still not too late. But if parliament is deadlocked the answer is obvious. Dissolve parliament and ask the people again. Not in another referendum – as US President Donald Trump put it in his inimical style – ‘that would not be fair to the guys that won’.

A general election is different and is exactly what is required. Brexit will remain on the table but so would its intensity as well as the option of remaining, depending on the way people vote. How a newly elected government proceeds after a general election will depend not just on the extent of its majority in parliament but on the terms of its manifesto on Brexit and the number of votes it receives.

The travesty of ‘refugee-ism’ glorifies victimhood