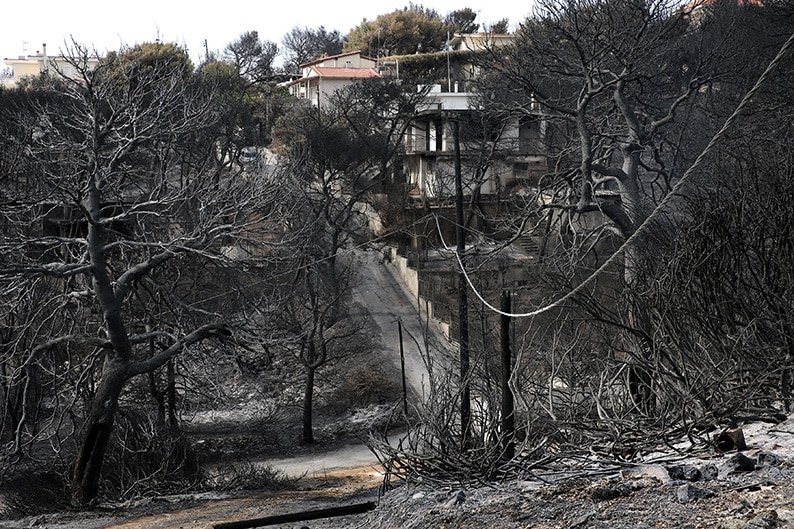 CLIMATE change has dominated global headlines in recent years with weather-related tragedies affecting millions of people. As real as these tragedies have been, the response from some populist politicians, most notably the US president, has been blame and denial.

In 2017, President Donald Trump announced that he would not honour the Paris Agreement that his predecessor Barack Obama acceded to and was highly critical of the UN Green Climate Fund which was set up in 2010 to help with the agreement’s implementation.

Climate, however, does not recognise political positions. In 2017, the United States incurred its costliest year on record with US $306 billion in losses from climate-related disasters, including three massive hurricanes. With the devastation of Hurricane Michael and the unprecedented fires in California, it is clear that the frequency and intensity of these disasters are increasing.

Globally, weather-related losses rose by 151 per cent in the last 20 years compared to the previous 20-year period. Despite the Paris Agreement on climate change and the thousands of articles, speeches and studies concerning the dangers and negative effects of climate change, the situation is getting worse. In 2018 alone, Japan suffered massive flooding and mudslides, dust storms rolled through India, wind storms swept across Europe, Germany and other parts of Europe were hit by

drought, and record high temperatures were seen in cities around the world.

My region has been impacted more than most by extreme heat caused by climate change: Scientists forecast that global warming has doubled the likelihood of heat waves, and this prediction was born out in the extreme heat wave that swept across Europe in the summer of 2018. Wildfires, for example, that erupted in Greece were so severe that cars were reduced to molten metal and whole villages were wiped out. Ninety-nine people lost their lives in what became the second deadliest wildfire tragedy in the 21st century.

And if my region is affected by climate change, so is Cyprus. In May 2018, the Cyprus Institute

hosted a conference of scientists from 35 countries on the theme of ‘Climate Change in the Mediterranean and the Middle East’. Leaders like the former prime minister of France, Laurent Fabius, who presided over the successful conclusion of the COP21 Paris Agreement, also attended. The conclusions of the conference were startling: Cyprus’ the Environment Commissioner said that Cyprus could experience a 10 to 15 per cent decline in rainfall in the coming decades.

This, in turn, according to the predictor models of the Cyprus Institute in their report ‘Climate Change and Impact’, would result in an increase in extremely hot summer days with maximum temperatures exceeding 38 degrees Celsius for an additional two weeks per year, compared to the already warm summers we are used to. By the end of the century Nicosia could have the number of extremely hot days increasing by two months, resulting in weather conditions similar to Cairo or Bahrain today.

The severity of these issues was highlighted in the October 2018 report by the UN intergovernmental Panel on Climate Change. The report warned that we only have a dozen years left to keep the rise in global temperature to less than 1.5 degrees Celsius or face significantly worse climate-related disasters. It is clear that the previous ambition of limiting temperature rise to a maximum of two degrees Celsius would result in far greater food and water insecurity, dramatically

higher sea-level rise, and wipe out corals, among other dire effects. In horrifying contrast, the world remains on track to realise an increase of three degrees Celsius.

The situation has become so critical that we witness demonstrations and appeals both in Europe and the US. As the world turns from bad to worse, 19 of the G20 leaders came together in Argentina in December 2018 to reaffirm their support of the Paris accord. The notable exception was once again President Trump, who just days before the meeting in Buenos Aires expressed his opposition to a report by his own government that outlined how climate change is impacting the lives of Americans.

The ‘Fourth National Climate Assessment’, a report compiled by hundreds of US experts, summarises current and future risks and featured the stark warning that “neither global efforts to mitigate the causes of climate change nor regional efforts to adapt to the impacts currently approach the scale needed to avoid substantial damages to the US economy, environment, and human health and well-being over the coming decades.”

Sir David Attenborough was chosen to speak for the world’s people when he addressed the 200 nations gathered in Katowice, Poland, for the United Nations Climate Change Conference in December 2018: “Leaders of the world, you must lead. The continuation of civilisations and the natural world upon which we depend is in your hands.”

At the same time that President Trump was walking away from climate action, Chinese President Xi Jinping was “taking the driver’s seat”. At the 19th National Congress of the Communist Party of China in October 2017, President Xi spoke about the benefits to be realised through reducing consumption and saving resources and warned that “any harm we inflict on nature will eventually return to haunt us.” At the insistence of President Xi and French President Emmanuel Macron, the Paris Agreement was once again the centrepiece of the communiqué from the G20 meeting in Buenos Aires.

China’s engagement in preserving the health of the planet was witnessed in its unwavering support of the Paris Agreement. Domestically its work in this field has been markedly geared up since Premier Li Keqiang announced to the Second Session of the 12th National People’s Congress in March 2014, “We will resolutely declare war against pollution as we declared war against poverty.” Since then, Chinese cities have reduced the fine particulates in the air by an average of 32 per cent.

The New York Times reported in March 2018 that China’s fight against pollution had already added an average of 2.4 years to the life expectancy of its citizens.

When the InterAction Council, a group of former state leaders of which I have long been a member, met in Beijing in September 2018, we had the pleasure of meeting with Chinese Vice President Wang Qishan, who confirmed that “China will follow the path of peaceful development and promote the building of a community with a shared future for mankind.”

The council’s leadership agreed with the vice president that combatting climate change was crucial for the shared future of the planet.

There may never be complete agreement on the facts, but politics should not prevent the world from acting quickly to limit global warming.

George Vassiliou was president of the Republic of Cyprus 1988-1993 and coordinator and chief negotiator for the country’s accession to the EU 1998-2003. This article first appeared in China Daily

Walk, don’t run, when you play football in Paphos