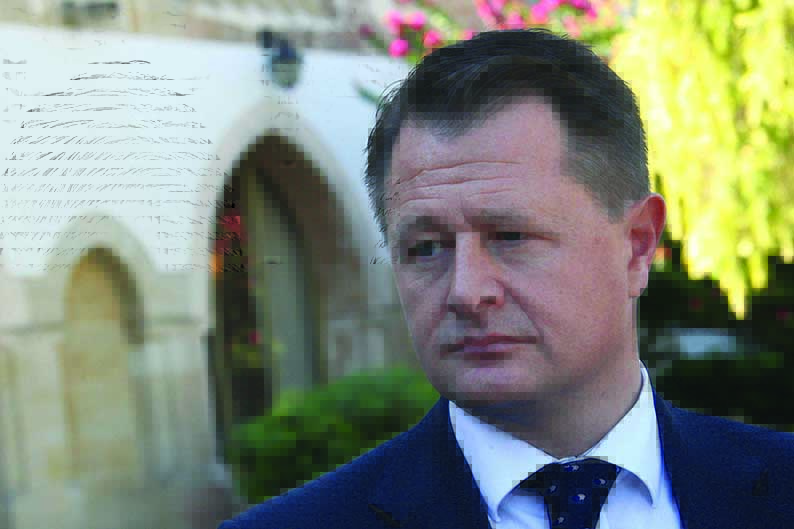 ‘Cost reduction’, digital transformation and banking consolidation are in the works, but managing the message is key

With word on the street intensifying on a possible deal between banks in Cyprus, 2019 is likely to become a time of flux and change for the banking sector as it braces for game-changing shifts.

First, a possible deal between banks is gathering noise. It is no secret that Cyprus is overbanked, with a total of 11 licensed institutions. Banks are already complaining that the market is saturated, with most of the households and businesses who are creditworthy, having already taken up debt. At the same time, the price of capital remains subdued internationally, which in turn translates into low interest rates and lower profits for banks.

On top of the pressure on profits, competition from abroad is increasing, especially from fintechs and start-ups like Revolut and even Amazon who are claiming customers from traditional banks in payment services.

This is making a merger all but necessary for banks in Cyprus. Beyond the de facto need for “consolidation” in the banking industry, there have been some more tangible signals, however.

Outgoing Bank of Cyprus CEO, John Hourican admitted as much, commenting in an interview with Phileleftheros that “there is no doubt that there are today too many banks in Cyprus”. The statement was followed by a cryptic tweet by the bank’s account, noting: “In the last 105 years, the expansion of the biggest bank of Cyprus has included buyouts”. The tweet featured an old photograph of the bank’s original headquarters. Bank of Cyprus senior management commented that the tweet fell in line with a series of posts relating to the bank’s history. Nonetheless, the tweet was eyebrow-raising.

Additionally, rumours on a likely banking merger are picking up lately. With Hellenic Bank still absorbing the Co-op operations, most analysts are commenting that a further absorption of a smaller bank would be dangerous and complex. Hellenic is an unlikely player for a second reason- as changes in the composition of the board of directors are underway, it is rather unlikely that a decision of such impact would be driven while the directorship is in flux.

This eliminates one of the prime suspects. On the other hand, Takis Arapoglou is taking over in May as chairman of the board at Bank of Cyprus and the bank now has both capital and liquidity to allow such a drive. Hourican, almost as cryptically as the bank’s Twitter account, commented that the 18.3 per cent total capital adequacy gives the bank “optionality”. In the same statement, he commented that the main challenges for his successor are: the cost of the bank, the need to expand operations, the reduction of NPLs and the digital transformation. A participation in consolidation, especially with a small bank being absorbed in parallel with an exit scheme, would be one of the “options” in such a drive.

Consolidation aside, the banking sector is called to manage additional issues. It is amply clear that the two largest banks will need to limit the expansion of their payroll. They refer to this euphemistically as “management of the cost base”. In another quite imaginative way of naming payroll reduction, some senior bankers are referring to it as “benefits realisation”, referring to the benefits of their digital transformation.

Both banks are finding it onerous to bear the burden of an increasing payroll base, especially as digitisation proceeds. Bank of Cyprus has announced figures already, according to which 71.3 per cent of all transactions take place away from tellers. “Our largest branch is your couch,” commented one member of the management team of the bank.

This elevates the need for additional staff in specialised positions, but at the same time increases deadweight cost of branches. With Hellenic Bank already in the trenches vis-à-vis the bank employees’ union (Etyk), and with Bank of Cyprus openly referring to the need to reduce the total number of staff, it is quite clear that a so-called “cost base” reduction is being worked out.

A third change is the management of liquidity. The banking system today has a great deal of liquidity, to the point where this has become a matter to be managed. Again, data is most widely available for Bank of Cyprus, where 4.4billion euros of excess liquidity translates to a compulsory deposit of just under half this amount with the European Central Bank. The rate for these deposits is negative (-0.4 per cent), which means that Bank of Cyprus is shouldering a great deal of cost for the excess liquidity. The situation for Hellenic is presumably similar.

The banks complain that they are desperate to extent loans if only they can find fresh creditworthy customers. Be that as it may, however, they are called to reduce liquidity as it costs too much to keep, at no benefit for their books.

These changes have a flipside. If the main banks achieve their main targets for the year, this may present a banking success, but a communications danger.

“Imagine the scenario: banks close down unnecessary branches. They limit the size of staff. They get rid of costly deposits. They shift operations to the digital world. And, they sell off NPLs and limit their total size,” commented a senior banker.
“All of these would be a resounding success, but each one of these developments will be easily defined as a disaster or as a sign of weakness.”

This would cause alarm, eroding trust in the system at the very moment when the main banks are preparing to pivot away from the legacy of 2013.

The biggest challenge, then, is perhaps reputational rather than financial. On the cusp of big change, banks may find it more difficult to manage good news than bad ones.