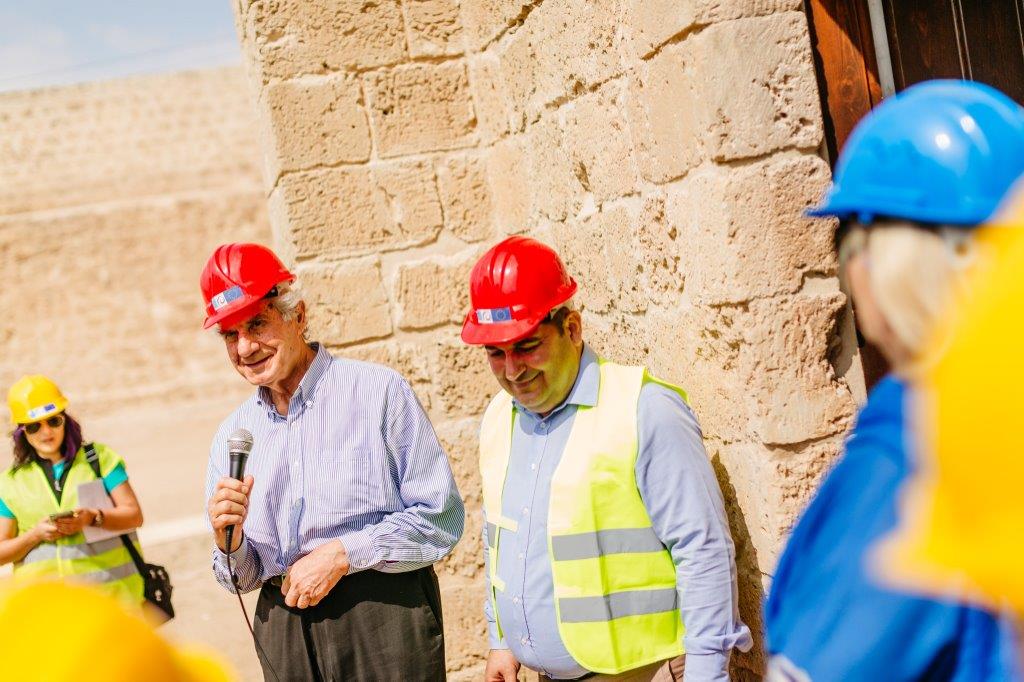 Parts of Kyrenia castle are in need of restoration while many other monuments are crumbling, MPs said on Tuesday while calling for more financial support for the bicommunal technical committee on cultural heritage.

The Greek Cypriot chair of the committee, Takis Hadjidemetriou on Tuesday briefed the House refugee committee on the work done so far, and on future plans.

Hadjidemetriou told MPs that the committee, which has been operating for 11 years, was to receive the annual donation of €500,000 from the government – pending Cabinet approval – which is to go towards the restoration of seven cultural heritage monuments in the north and one on the south.

He also told MPs that among the problems faced was that many of the monuments in the north that remained without any maintenance for 45 years had collapsed and others were dilapidated. The committee will this year carry out support works on eight crumbling monuments; in Ayia Anastasia in Lapithos, Ayios Georgios in Vatyli, Ayia Marina in Peristerona in Famagusta, Archangelos Michael in Hartzia, Ayios Vasilios in Karakoumi, Ayios Georgios in Vathylaka, Panayia tou Mnasi in Morphou and Panayia Katokopias.

The committee, he said, was racing against time to rescue them within its means.

As regards funding, Hadjidemetriou said that some occupied communities have collected money for the restoration of monuments in their areas and efforts are underway for the collection of additional funds for various needs. There have been some suggestions on funding which will be made public in due time, he said.

Head of the House refugee committee, Akel MP Skevi Koukouma, said after the meeting that the technical committee needed further support in its task, such as office space and administrative staff.

Koukouma said other sponsors would be asked to provide financial support for the restoration of monuments.

She said they were informed that some parts of the Kyrenia castle were in need of restoration but that the entire castle was not at risk.

Koukouma said that perhaps some church artefacts currently stored in the castle could be returned as part of confidence-building measures.

The Kyrenia castle, along with four other monuments, is among the major pending projects of the technical committee.

Head of the union of Famagusta district’s refugee communities, Michalis Tziortas, said that at the rate things are going, it will not be possible to restore the churches and other monuments in the district, “not even in 200 years.”

Occupied communities’ budgets for administrative expenses is only €1,000 per year, he said, which is not enough not even for raising awareness among their members let alone for the organisation of events locally or abroad.

Mbappe continues his rise with France in Iceland rout