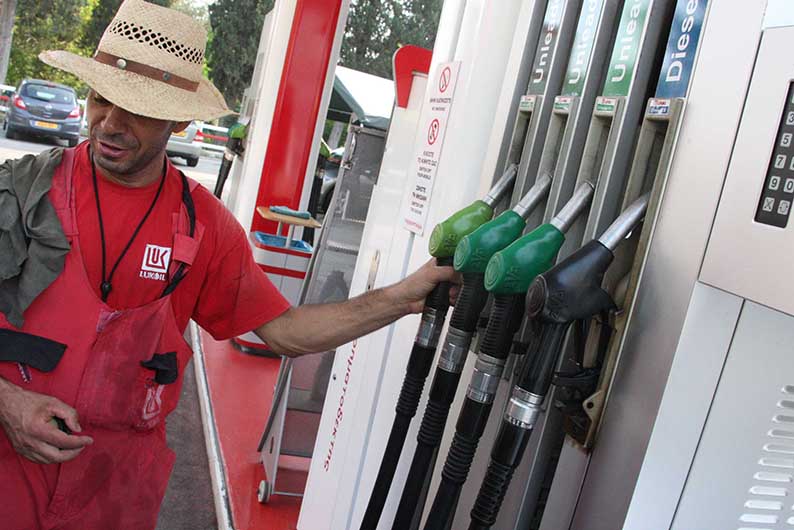 Some lawmakers on Tuesday suggested that fuel companies are artificially hiking prices at the petrol pump, seeking to squeeze motorists after a reduction on consumption tax implemented late last year.

In December the House approved a 5.95 cent per litre reduction in consumption tax on petrol, diesel and heat and heating fuel. The tax reduction concerns five cents, but adding the reduction in VAT the total amount comes to 5.95 cents per litre.

Akel deputy Costas Costa said the expected benefits to consumers from the lower consumption tax have in practice been offset by the higher prices per litre being charged at the pump – rising from approximately €1.05 per litre in December to €1.21 currently.

Other MPs said the higher pump prices cannot be accounted for by fluctuations in the price of oil per barrel during the same time period.

They again spoke of the rockets-and-feathers effect. Costa said the government has failed to explained why, when oil was going for US$140 a barrel, pump prices were at €1.40 a litre, whereas today when oil is US$66 a barrel, petrol is being sold for €1.21 per litre.

The ministry of commerce and energy said it has looked into the matter, and found there is no evidence pointing to profiteering by fuel companies and petrol stations.

One suggestion floated was for the government to sift through the invoices of fuel companies in order to determine whether the companies were “cooking the books.”

But an official from the audit office advised it would be a pointless exercise as there are many ways in which companies can shift numbers around.

Instead, deputy auditor-general Kyriacos Kyriacou proposed that steps be taken to ensure the highest possible competition in the market.

One way of doing that would be to introduce low-cost petrol stations, as is the case abroad. For example, various locations – such as hypermarkets – would be allowed to operate a single gas pump as an adjunct to their premises.

This is not currently not possible in Cyprus because of laws governing the sale of motor fuel: businesses authorised to sell petrol are required to have a specific land area dedicated to that purpose. Meaning that retailers – the traditional petrol stations – need entire infrastructures to be able to enter the business, leading to high operating costs which are passed on to consumers.

Collusion among fuel companies has long been suspected though never proved. In October last year the Commission for the Protection of Competition (CPC) finally delivered its findings on a probe which looked into the possibility of a cartel.

The CPC found there was no evidence pointing to horizontal collusion (price-fixing) among fuel importers. However it did find competition laws were breached in terms of the relationship between fuel companies and petrol stations, fining the former €20m. The fuel companies have since appealed the decision.

Although that probe related to the period 2004-2006, the final report only came out in 2018.
Speaking to MPs, Kyriacou remarked that, by the same token, should the CPC hypothetically undertake another investigation today, one wouldn’t expect the results to come out by the year 2031.

Clearly, reforms are needed to make the competition watchdog more effective, he noted.

Death in central prison appears to be heart attack