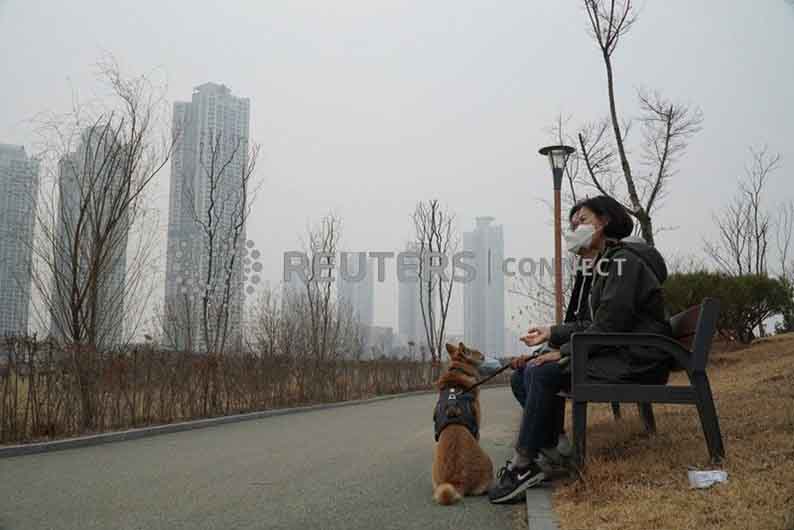 The researchers said their findings do not indicate that greater air pollution caused the psychotic episodes, and that there could be other contributing factors like noise pollution and increased stress levels, which they did not examine

High levels of air pollution in England and Wales have been linked with psychotic experiences in teenagers, such as hearing voices and intense paranoia, scientists said on Wednesday, as poor air quality in British cities comes under scrutiny.

Children and adolescents living in a city were twice as likely to experience a psychotic episode than those living in rural areas, said researchers at King’s College London, who described their study as the first of its kind in the country.

“We found that adolescent psychotic experiences were more common in urban areas,” said Joanne Newbury, lead author of the paper, published in the journal JAMA Psychiatry.

The researchers used data from a two-decade long study examining more than 2,200 British children born in 1994-5, and compared it with national air pollution data from 2012, when the children would have been about 17 years old.

About 30 percent of children reported at least one psychotic episode between the ages of 12 and 18, with the highest rates in cities with heavy exposure to nitrogen dioxide, nitrogen oxides and tiny air pollution particles, such as dust and smoke.

The scientists said young people who experience psychotic episodes are more likely to develop serious psychotic disorders such as schizophrenia or other mental health issues including suicide attempts.

Earlier this month, the United Nations (UN) said air pollution should be viewed as a human rights issue, causing 7 million premature deaths a year globally, including 600,000 among children.

The researchers said their findings do not indicate that greater air pollution caused the psychotic episodes, and that there could be other contributing factors like noise pollution and increased stress levels, which they did not examine.

Yet with the U.N. predicting that two-thirds of the global population will live in a city by 2050, further research into the health effects of air pollution is crucial, said the study’s co-author Frank Kelly.

“Children and young people are most vulnerable to the health impacts of air pollution owing to the juvenility of the brain and respiratory system,” said Kelly, a professor of environmental health at King’s College London.

“Uncovering the mechanisms linking the urban environment to psychosis should be an urgent health priority.”

Britain in January pledged to become the first major economy to adopt air quality goals based on World Health Organization recommendations, as it works towards phasing out diesel cars.

A manifesto of an exhibition