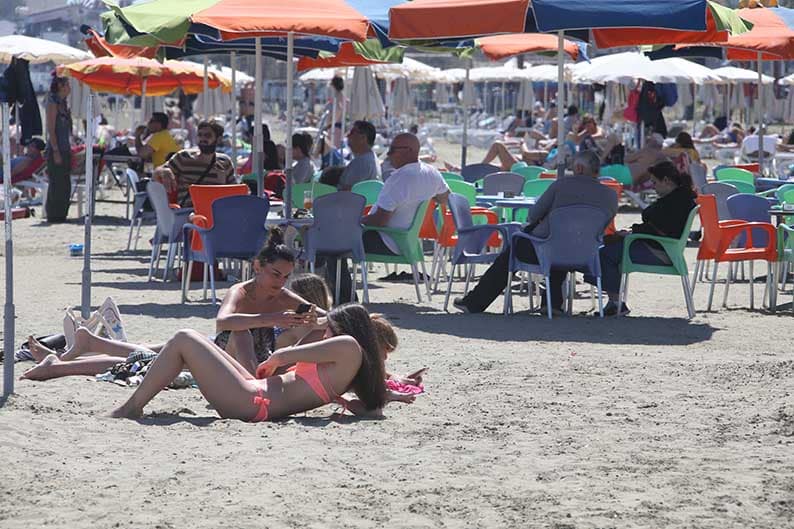 The cabinet on Wednesday approved the upping of promotions and incentives to attract more German tourists as the industry hopes to maintain or increase somewhat on last year’s record of almost four million visitors given new challenges.

Speaking after the cabinet meeting, Deputy Minister of Tourism. Savvas Perdios said that indications from the Berlin Tourism Fair were that there were challenges this year from the German market.

“The German market is dominated by general insecurity, with perhaps fewer visitor arrivals numbers,” he said, adding that this was brought about mainly by the recent collapse of Germania Airlines, Cypriot airline Cobalt, and Air Berlin. The problem globally caused by the Boeing crisis and a shortage of aircraft was also having an impact, the minister said.

“Today the cabinet decided to approve increased promotions for this summer to the German market in order to mitigate these issues as much as possible,” Perdios said but declined to give details of what the measures were exactly.

“I see no reason to go into details. What is important that everyone, especially the private sector knows is that the government it taking measures,” Perdios added.

“We believe these will help to mitigate the missing seats,” he said. Perdios said the Ukrainian market looked promising for this year and could make up for the shortage from Germany.

His ministry was also setting out on visits to countries such as Jordan, Lebanon, Egypt and Israel to try and boost numbers this summer.

Asked how big the decline was in the German market, Perdios said it was around 50,000 seats just from the loss of Germania, “but we hope our promotions now cover about 30,000 of those”. “With ongoing efforts to use further charter flights, we believe we can fully cover the number and if not, as I said, we have new markets such as Ukraine, Lebanon. Israel is constantly growing, perhaps Jordan.”

The figures for inbound tourism so far, according to the Association of Cyprus Travel Agents (Acta) show that arrivals remain close to last year’s levels with a slight increase, creating the optimism that this year tourism would, at the least come in at last year’s levels, despite the challenges.

Acta president Vassilis Stamataris told the Cyprus News Agency on Wednesday that the upcoming Easter period from mid to end of April, could give the industry a boost both in terms of inbound arrivals and domestic consumers.

Arrivals broke yet another record in February this year as did the first two months of 2019, exceeding the number of tourists that visited the island during the same period in previous years.

An increase of 4 per cent was recorded for February 2019, which was the highest volume of tourist arrivals ever recorded in Cyprus during the specific month.

For the period of January – February 2019 arrivals totalled 187,541 compared with 177,348 in the corresponding period of 2018, an increase of 5.7 per cent and outnumbering the total arrivals ever recorded in Cyprus during the first two months of the year.

“We have passed January and February with the conditions that we will have for the rest of the year, showing that there is some resistance since the numbers remained close to last year’s levels, covering a little more than last year, but we still have the big season in front of us,” said Stamataris.

“We have received the messages that there will be difficulties from both Great Britain and Russia with the rouble, and a number of other developments,” he added.

He said the biggest problem was, and continues to be, the availability of flight connections to the outside world.

Hermes Airports and the deputy ministry of tourism, he added, had already taken measures with private-sector contributions, including Acta, hoteliers and tour operators, and efforts were being made to keep up the high levels at a rapid pace in order to be able to compensate for potential fluctuations from major markets. The UK and Russia remain the main source of tourism.  Stamataris said Easter was looking good for bookings in general.

He also said the creation of the deputy ministry for tourism had been a positive development and was creating a new dynamic.
He expressed the belief that challenges would always arise as tourism is an industry that is affected by many different factors such as the weather, foreign exchange, and political situations especially in the region.

What was needed, Stamataris said, was proper planning, timely forecasts, and to grow the market share outside of the two main sources of arrivals.

“This should also be the axis of action in which the deputy minister of tourism is working,” he added.”