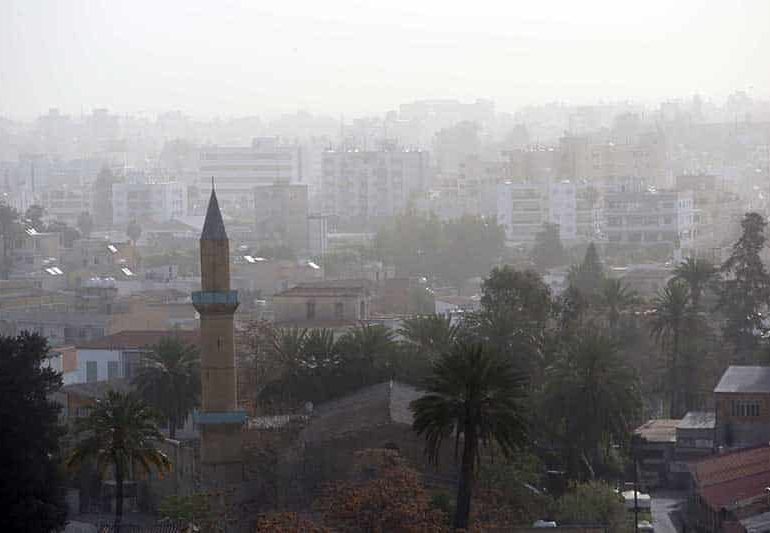 The days leading up to April are expected to be cold and rainy, according to the met office forecast on Thursday, with heightened levels of dust in the atmosphere.

Isolated showers and/or thunderstorms are expected to hit the coastal and inland areas later on Thursday, although temperatures will remain pleasant at 19 degrees in the afternoon before falling to six degrees inland and eight degrees at the coasts by nightfall.

Snow is expected to fall in the mountain areas, with temperatures dropping to two degrees by Thursday night.

In the coming days, temperatures are expected to continue to fall, reaching below average levels.

Moderate levels (yellow warning) of PM2.5 dust were recorded on Thursday in Nicosia and Larnaca, according to the state air quality monitors, causing a noticeable reduction in visibility.