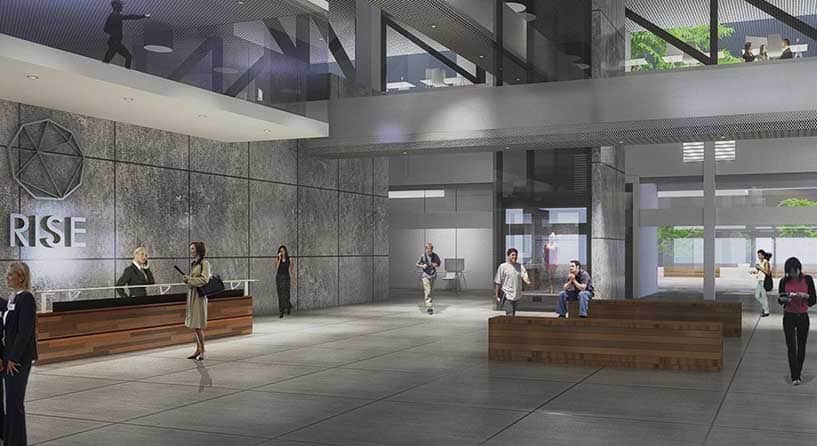 The RISE research centre has announced its cooperation with PwC Cyprus, where some components of the centre’s activities are currently being hosted.

According to Constantinos Yiorkadjis, the mayor of Nicosia and head of the centre’s board of directors, the research centre budgeted at €50 million is part of a larger strategy by the municipality for the viable development of the city centre.

“The local and supra-regional importance of RISE is enormous, with multiple benefits for the island,” Yiorkadjis said. “The plans and international partnerships that the project seeks to develop define its contribution to the emergence of Cyprus and its capital as a regional and international centre of innovation and entrepreneurship.”

RISE, the Research Centre on Interactive Media Smart Systems and Emerging Technologies, was founded last November with the aim of becoming an established pillar for the development of the Nicosia municipality and the research and business community of Cyprus as a whole, Yiorkadjis noted.

The centre constitutes a joint venture between the municipality of Nicosia, the University of Cyprus, Tepak, the Open University, Germany’s Max Planck Institute, and the UK’s University College London, which successfully secured funding for the project by the EU’s Horizon 2020 programme.

Yiorkadjis said that the municipality has for decades been supporting efforts for the development of the area neighbouring the Green Line, as “abandoning this area would correspond to an indirect acceptance of the fait accompli and the occupation.”

Prerequisites for a permanent rejuvenation of the city centre, the mayor said, are the reunification of Nicosia but also private sector investments.

Through further EU funding by the European Regional Development Fund, the Nicosia municipality has announced an extensive revamping project for the city centre, part of which has already been completed such as the construction of the new Town Hall premises and the regeneration of a number of roads.

Additional projects in the pipeline include the creation of a Creative Industry Quarter on Lidinis street, and the RISE research centre, which will initially launch operations in the Stoa building adjacent to the old municipal market, before moving into the market premises as well, which currently hosts a bustling cultural scene.

Currently, the first phase of the overall revamping project is underway along the Aisxilou, Trikoupi, and Lefkonos streets, and is expected to be completed by autumn this year. ‘

It includes among other things the upgrading of all building facades and improved lighting, the instalment of free Wifi and CCTV cameras for the monitoring of both the area and vehicle speeds.

According to Yiorkadjis, the EU has approved funding for the creation of a creative business district in the area bordering the Green Line in the north. “The possible creation of links between the two regions on either side of the buffer zone, if circumstances allow, will create enormous potential for the interaction and development of cooperative initiatives between creative actors from both communities,” Yiorkadjis said.