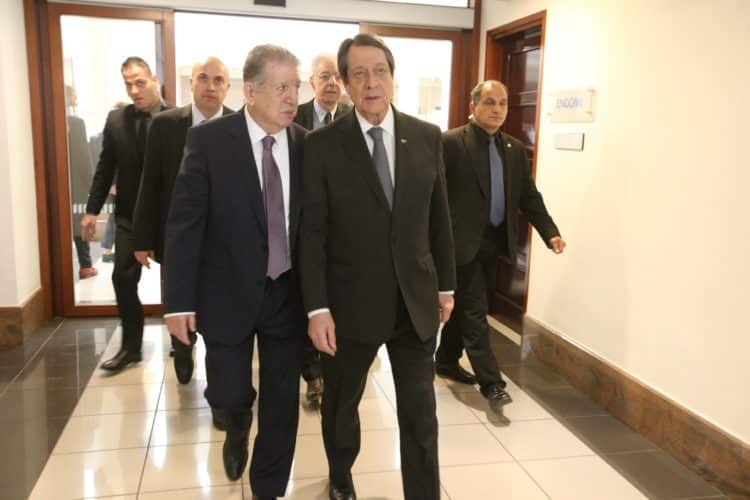 The recent court decisions reversing payroll reductions imposed on civil servants as part of an austerity drive in 2012 were a vindication and should be honoured, the leader of the main government workers union Pasydy said on Wednesday.

Speaking at the union’s 56th congress, which was attended by President Nicos Anastasiades, Glafkos Hadjipetrou censured those who criticised the judges of the administrative court for “doing their duty” in issuing the decisions that annulled the austerity measures.

But in his own address to the congress, Anastasiades warned that the state planned to appeal the decisions and reminded civil servants that when he came to power early in 2013 the government was effectively broke.

In its decision on Friday, the court said a freeze of incremental pay rises, a 3 per cent contribution to pensions, and a reduction in civil servants’ pay was in violation of article 23 regarding the protection of the right to property and therefore unconstitutional.

“Instead of the people who had their salaries reduced illegally, inexcusably, and unconstitutionally complaining, which kept them from meeting their obligations, you have the government and others complain because they will be paid five years later,” Hadjipetrou said.

The union chief added that the state currently has enough money to pay the civil servants, arguing that it had a surplus of around €650m for this year.

He said only those who filed the lawsuit were eligible for compensation comprising all the benefits they should have been getting since 2012. The state however must restore salaries across the board, a move that would cost around €200m per year.

Hadjipetrou reiterated that banks were to blame for the crisis but despite the union’s warnings “instead of measures to correct the wrongs in the inflated banking sector, a series of laws approved in 2011, 2012, and 2013, reduced civil servants’ pay and pension rights.”

He said even though belatedly, the union had been vindicated.

Hadjipetrou said there had been misleading statements by officials, the mass media and others regarding the impact on the economy. Some spoke of a “€5bn bombshell” while others suggested Cyprus would need a fresh bailout.

Citing the view of former attorney-general Alecos Markides, Hadjipetrou said “the right to property cannot be curtailed by law for public interest reason.” The same view was shared by Petros Clerides, who was the attorney-general when the disputed legislation was passed.

“These opinions were ignored and the recent court decisions fully vindicate their positions,” Hadjipetrou said.

In his speech, Anastasiades said the government will appeal the court decision and will also request a suspension of execution.

“Whether certain measures will be put in place would depend on the state’s financial condition,” he said.

Anastasiades told civil servants he was at the congress as the leader of a government which was aware of certain unpleasant realities.

He reiterated that the laws in question were passed by a different administration, but they were deemed completely necessary in what was ultimately an unsuccessful bid to avoid the bailout obligations the country assumed later.

“What I know is that when I took over, the state’s available cash was enough for just a month’s salaries, not taking into account €3.5bn in loan repayments which were due in June 2013,” Anastasiades said.

The measures enabled the government to put reforms in place like the guaranteed minimum income to vulnerable groups, gradually raise low incomes, and push to introduce a national health scheme and a number of other reforms that will bring better conditions he said.