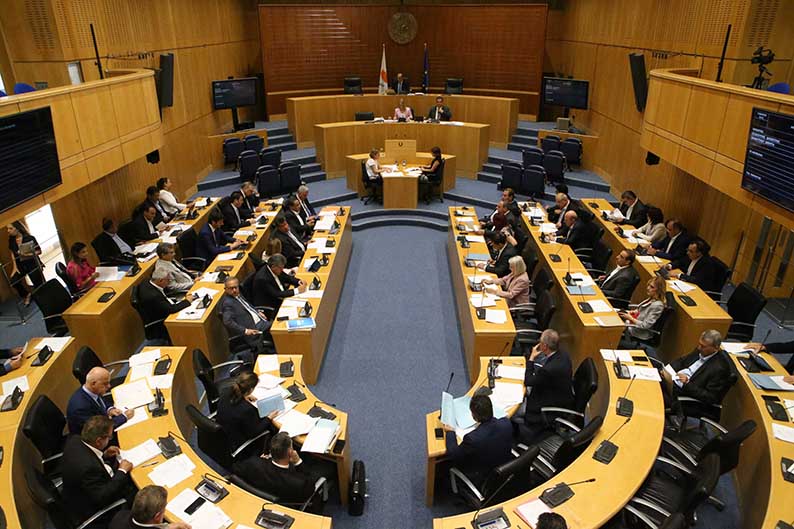 POLITICIANS on Thursday seized the opportunity to try and score points off one another during an often-heated debate at the House plenum on the report outlining the reasons for the demise of the co-op bank.

Disy leader Averof Neophytou triggered a lively exchange with main opposition Akel, when in his remarks he alluded to the financial shenanigans at a particular co-op based in Larnaca.

The branch in question, he said, was operating like a free-for-all, opening accounts for customers in several tax havens like the Marshall Islands, the Seychelles, Hong Kong and Belize.

Neophytou said everyone should look into who were the branch’s chairman and chief secretary – clearly hinting that these two individuals were affiliated with Akel.

Pressing on, he spoke of Akel members who “clung” to their posts at co-op banks until the very last, in contrast to Disy-affiliated officials who resigned.

An animated Neophytou then lashed out at Akel for constantly haranguing the government for plundering and then shuttering the ‘people’s bank’.

“But with Laiki Bank, which was the bank of the millionaires, you [the Christofias administration] had no problem propping it up,” he fired.

He was alluding to the mid-2012 bailout of Laiki, considered insolvent at the time.

At that point the House Speaker urged Kyprianou to withdraw his remarks, but the Akel leader refused to do so.

Elsewhere during the debate several opposition MPs reiterated their demand for the immediate resignation of Finance Minister Harris Georgiades.

Georgiades has since announced he intends to step down by the end of the year, arguing however that his decision was not linked to the co-op issue.

Akel’s Kyprianou said Georgiades’ departure in nine months’ time – rather than right now – was a mockery.

Chiming in, Giorgos Lillikas, head of the Citizens Alliance, asked which position would be vacated in nine months – hinting that Georgiades would still land a government position on leaving the finance ministry.

For their part, ruling Disy said they will ask the attorney-general’s assistance in drafting a law mandating the disclosure of loans written off by the co-op as well as their beneficiaries when these are politically exposed persons.

The report on the co-op’s demise was handed over to the attorney-general on March 1 and was made public four days later.

Other than assigning political responsibility to the finance minister, it recommended further investigation into whether former CEOs and other executives had committed any other offences.

The report also assigned blame on the president and the cabinet, parliament, parties, the central bank, and the European Single Supervisory Mechanism.

President Nicos Anastasiades disagreed with the report’s finding that Georgiades was politically responsible for the co-op’s ultimate fate.

He was alluding to the year when the lender was nationalised, inheriting billions in bad debts.

The attorney-general is in the process of studying the report produced by the commission of inquiry, to determine whether civil and/or criminal offences may have been committed.

At Athens pinball museum, arcade gamers go back in time