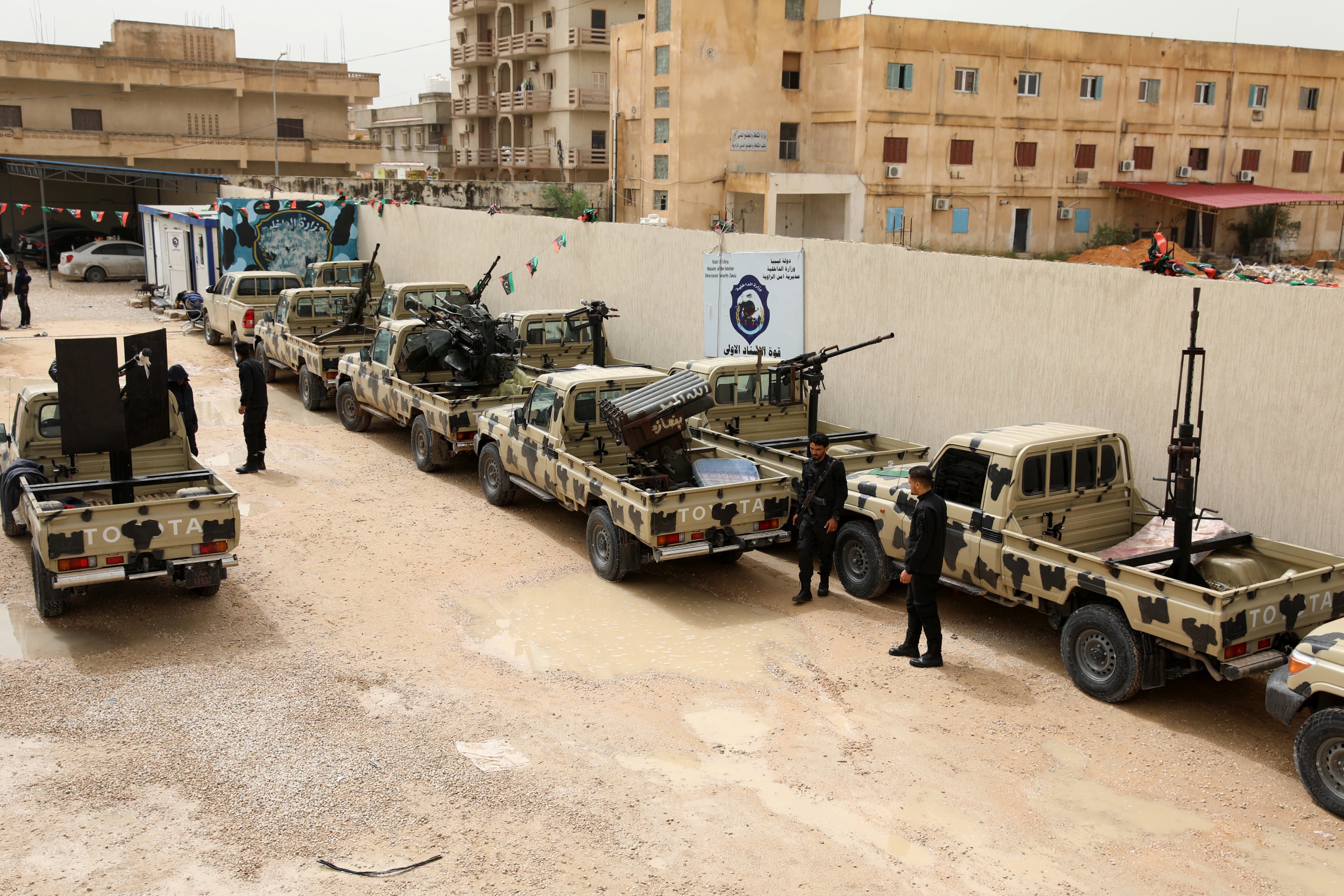 The U.N. secretary-general said he was “deeply concerned” after meeting eastern commander Khalifa Haftar in Libya on Friday to try to avert renewed civil war as forces advanced on Tripoli to challenge the internationally recognised government.

The thrust by the LNA, allied to a parallel administration based in the east, is a dangerous escalation of a power struggle that has dragged on since the overthrow of Muammar Gaddafi in 2011.

“I leave Libya with a heavy heart and deeply concerned. I still hope it is possible to avoid a bloody confrontation in and around Tripoli,” U.N. head Antonio Guterres said on Twitter.

Al-Arabiya TV said Haftar told Guterres that the operation would continue until terrorism is defeated.

Tripoli is the ultimate prize for Haftar’s eastern parallel government. In 2014, he assembled former Gaddafi soldiers and in a three-year battle seized the main eastern city of Benghazi, then this year took the south with its oilfields.

The escalation surprised the United Nations. Guterres had been in the capital this week to help organise a national reconciliation conference planned for later this month.

They further moved north coming as close as 40 km to Tripoli by taking the village of Suq al-Khamis after some fighting, a resident and an eastern military source said.

In the evening, the LNA said they had taken control of the areas of Qasr ben Ghashir and Wadi al-Rabie on the southern ouskirts of Tripoli, near the former Tripoli International Airport, closed since a city battle in 2014.

There was no independent confirmation, but a video posted online purportedly showed LNA fighters inside Qasr ben Ghashir.

They failed, however, to take a checkpoint about 30 km west of the capital in a bid to close the coastal road to Tunisia. An LNA-allied armed group withdrew overnight from so-called Gate 27, leaving it abandoned in the morning, a Reuters reporter said.

In another setback, forces allied to Tripoli took 145 LNA fighters prisoner in Zawiya, west of Tripoli, a western commander, Mohamed Alhudair, told Reuters. An LNA source confirmed 128 had been captured.

Meanwhile armed groups allied to the U.N.-backed Tripoli government moved more machinegun-mounted pickups from the coastal city of Misrata to Tripoli to defend it against Haftar’s forces.

Guterres, who spent Thursday night in the heavily fortified U.N. compound in a Tripoli suburb, flew to Benghazi and drove to Haftar’s base, witnesses said.

He earlier went to Tobruk, another eastern city, to meet Aguila Saleh, president of the House of Representatives, which is also allied to Haftar.

The offensive is a setback for the United Nations and Western countries trying to mediate between Serraj and Haftar, who met in Abu Dhabi last month to discuss a power-sharing deal.

The conference the United Nations wants to organise is aimed at forging agreement on a road map for elections to resolve the prolonged instability in Libya, an oil producer and transit point for refugees and migrants trekking across the Sahara with the aim of reaching Europe.

Haftar enjoys the backing of Egypt and the United Arab Emirates, which see him as a bulwark against Islamists and have supported him militarily, according to U.N. reports.

The UAE, however, joined Western countries in expressing its deep concern about the fighting.

Germany called an emergency meeting of the U.N. Security Council due to the military escalation.

Russia said it was not helping Haftar’s forces and it supported a negotiated political settlement that ruled out any new bloodshed.

Tunisia has tightened control on its border with Libya in response to the renewed conflict, the defence ministry said.

Former colonial power Italy, which lies across the Mediterranean from Libya and has been a destination for migrants fleeing the chaos at home, was very worried by the turn of events, Italian Deputy Prime Minister Matteo Salvini said.

“We need to throw water on the fire, not petrol on the fire. I hope that people, acting out of economic or business self-interest, are not looking for a military solution, which would be devastating,” Salvini said.

New music coming from Swedish DJ Avicii, one year after his death