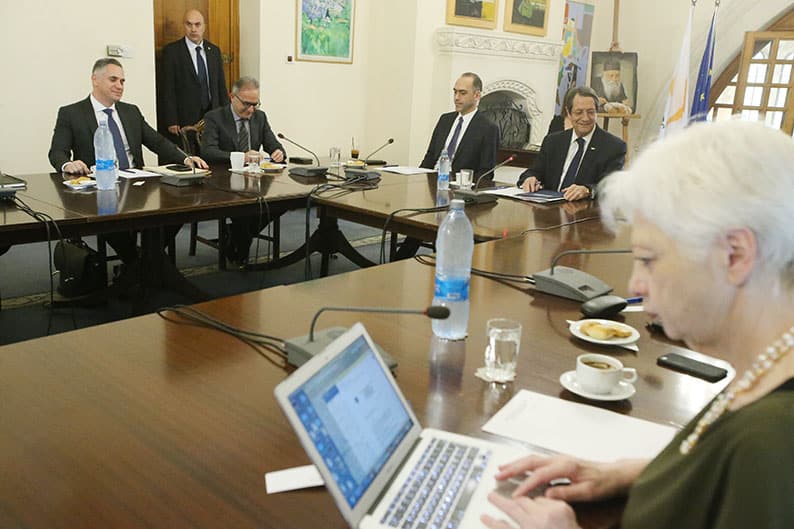 The government has made some plans following the administrative court’s decision to reverse the wage cuts on civil servants, it said, ahead of a meeting Monday morning of political parties, which will be chaired by President Nicos Anastasiades.

Government Spokesman Prodromos Prodromos told CNA: “Of course we must first look at the fate of the appeal… but the government needs to be ready for all scenarios.”

Prodromou said the president had made some plans and wanted to share it with the political parties “since the issue is crucial”.

He added that the initial decision to implement the decision during the financial crisis was a collective one in order to save the economy.

“With this logic the president wants to now have the views of the political forces on the government’s plans,” the spokesman added.

In a March 29 ruling, the administrative court said a freeze of incremental pay rises, a 3 per cent contribution to pensions, and a reduction in civil servants’ pay was in violation of article 23 regarding the protection of the right to property.

The fiscal consolidation measures affecting the public sector, passed by parliament before Cyprus agreed the terms of its 2013 bailout with international creditors, included a general wage and hiring freeze, a 10 per cent drop in hiring salaries, and a permanent up-to 12.5 per cent reduction in pay.

However, the court ruled that as in the case of pensions, “salaries too constitute property according to article 23 of the constitution.

The state has since said it will appeal the decision at the supreme court, along with a request to suspend compensation pending the appeal.

Should the decision be upheld by the supreme court – a likely outcome – the fiscal impact could be tantamount to an atom bomb.

‘No chance for terms of reference at this stage’, say Turkish Cypriots