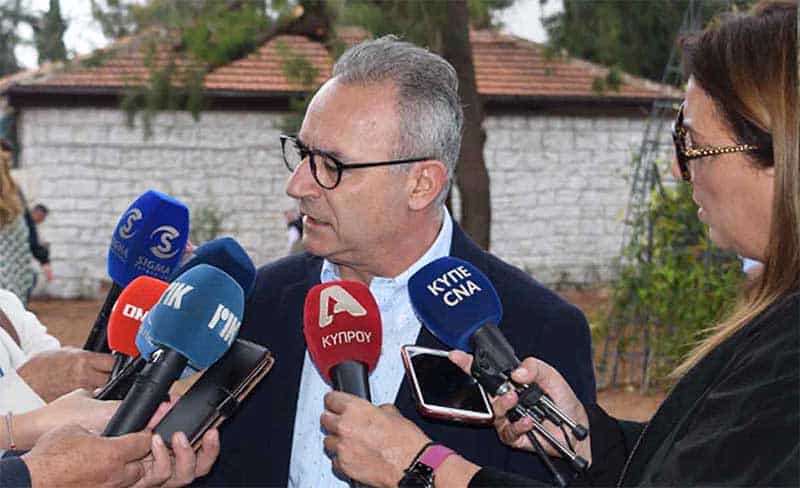 Ruling Disy leader Averof Neophytou said on Monday he was the victim of “political bullying” after being accused of covertly telling various groups of medical professionals not to join the national health scheme (Gesy).

The new furore over Gesy was sparked by a report in opposition Akel mouthpiece Haravgi that Neophytou had told the medical groups not to join Gesy as he planned to introduce reforms for a multi-payer insurance system rather than a single provider as laid out in the current legislation.

The former system would keep private insurance companies at the forefront of medical payment provision.

According to the report, during a conference held last Thursday by the association of pharmaceutical companies (Sfek), a leading member of the chambers of commerce and industry (Keve) told drug importers that Neophytou had advised him in private to not reach an agreement with the health minister and the Health Insurance Organisation (HIO).

Neophytou reportedly told the Keve member, whose name Haravgi did not disclose, that he would move forward with his plans to amend the Gesy legislation after the European parliament elections at the end of May, so that any potential turmoil did not cost the party its voters, even though the implementation of the first phase of Gesy is scheduled for the week after, on June 1.

According to Haravgi, “the Keve member” allegedly told the conference attendees that “political leaders informed me that they do not want Gesy, because they believe it is unviable, but that they voted in favour of the scheme as they were being pressured by the fear of losing voters and by the former Health Minister George Pamboridis who was acting on behalf of Akel.”

The flames were fanned further after Pamboridis, a long-standing supporter of Gesy, posted a tweet on Friday directed to “the political leader who is telling medical professionals not to join Gesy and promising that after the European elections he will bring about legislation amendments that will obliterate [the scheme]: Shame on you!”

In an announcement on Sunday, the Green Party posed the question regarding whether any political leader “can persuade his audience that he can change the legal framework of Gesy,” adding that “the political leaders who can do so are very limited.”

Speaking to CyBC in response to the furore, Neophytou on Monday denied the accusations, which he called “political bullying”.

He conceded that “Disy and President Nicos Anastasiades himself believe that the multiple-payer insurance system is the most appropriate model. It is not a secret that some believe they have just uncovered.”

But he then seemingly contradicted himself by adding he was “the last person who would want to change this perfect single-payer insurance system”.

He insisted however that although Disy may have advocated for a multiple system in the past, it had chosen not to stand in the way of the single-payer system supported by the remaining seven parties so as to not deny the public a quality national health scheme.

Responding to the claims in Haravgi, Angastiniotis, also a supporter of a multi-insurance system, told CyBC on Monday that though he did meet privately with Neophytou, and called on the pharmaceutical companies to opt out of Gesy if they were not given assurances that the scheme was viable, he did not mention any plans for legislative amendments after the European elections. But he added amendments may be necessary if after Gesy is implemented it begins exhibiting unviability.

The deputy director of the HIO, Efi Kamitsi, said on Monday that the legislation came equipped with a timeline.

“The scheme has a single insurance provider and we are moving forward on the basis of this, which was what the House voted for.”

Despite the information passed on to pharmaceutical companies by Angastiniotis on Thursday, Kamitsi said that the HIO was in the final stages of deliberations with an agreement expected to be reached soon.

The HIO will also be moving forward this week with the signing of contracts with GPs who will be joining Gesy, and who now amount to over 360, Kamitsi said.

Once contracts are signed, beneficiaries will then be able to begin registering into Gesy and choosing their GP.

Nationalist EU parties plan to join forces after May elections