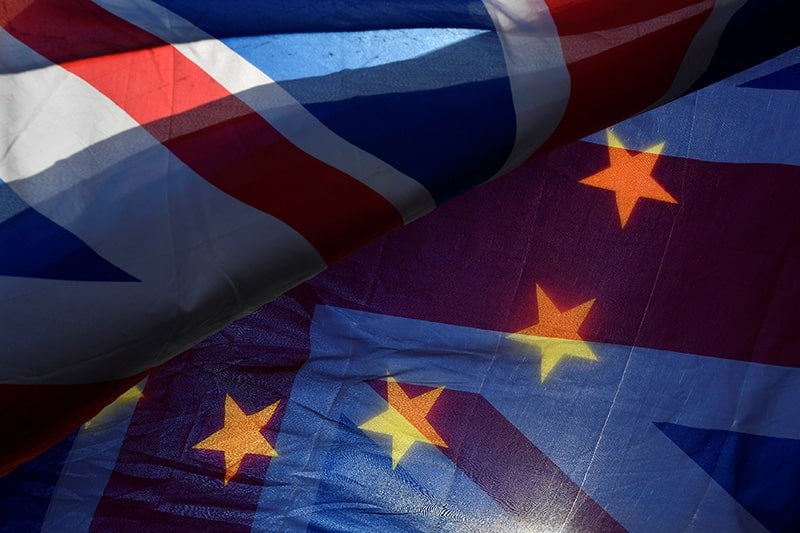 European Union leaders will grant Prime Minister Theresa May a second delay to Brexit but they could demand she accepts a much longer extension as France pushed for conditions to limit Britain’s ability to undermine the bloc.

In a sign of just how far the three-year Brexit crisis has sapped British power, May dashed to Berlin and Paris to ask Angela Merkel and Emmanuel Macron to allow the world’s fifth largest economy to put off its divorce from April 12.

While it was not immediately clear what Merkel and Macron, Europe’s two most powerful leaders, agreed with May, an advance draft of conclusions for Wednesday’s emergency EU summit said Britain would be granted another delay on certain conditions.

“The United Kingdom shall facilitate the achievement of the Union’s tasks and refrain from any measure which could jeopardise the attainment of the Union’s objectives,” read the draft seen by Reuters. As a full member state of the EU, Britain could in theory exercise a veto on any major policy decision.

May has asked the EU for a Brexit delay to June 30 but the draft left the end-date blank pending a decision by the other 27 national leaders on Wednesday in Brussels.

More than a week after Britain was originally supposed to leave the EU, May, the weakest British prime minister in a generation, has said she fears Brexit might never happen as she battles to get a divorce deal ratified by a divided parliament.

After her pledge to resign failed to get her deal over the line, she launched crisis talks with the opposition Labour Party in the hope of breaking the domestic deadlock.

“People are tired and fed up (with Britain’s indecision) – but what to do?” one EU diplomat said. “We won’t be the ones pushing the UK off the cliff edge.”

Another EU official involved with Brexit said no European power wanted the chaos that they fear a “no-deal” exit would sow through financial markets and the EU 27’s $16 trillion economy.

“Nobody wants to pull the plug by 13th April,” said the official. “But for how long – I don’t know. And France will ask a lot of questions in Brussels.”

But as May arrived at the Elysee Palace in Paris to a guard of honour, she was unable to trumpet any breakthrough with Labour.

Shortly before she landed in Paris, an official in Macron’s office said that “in the scenario of an extended delay, one year would seem too long for us”.

He added that if Britain did delay its exit, it should not take part in EU budget talks or in choosing the next president of the EU’s executive commission – and that the other 27 member states should be able to review its “sincere cooperation”.

“He (Macron) certainly wants to know about conditionality, particularly the issue of the United Kingdom being involved in future (EU) decision-making,” Varadkar said.

Earlier in the day, May met Merkel at her riverside Chancellery, a short walk from Berlin’s Brandenburg Gate, and departed with a warm exchange of kisses.

While they discussed Brexit, Germany’s opposition liberal FDP party drove an advertising van past the Chancellery with a slogan reading: “Dear Theresa May. Just do it. Stop Brexit. Make the most of Europe’s opportunities.”

Several EU diplomats said the 12-month extension proposed by European Council President Donald Tusk, who will chair the Wednesday summit, was unlikely to fly and several capitals had agreed with France that this would be too long, fearing a protracted distraction from other pressing EU business.

In London, British Solicitor General Robert Buckland said May would “listen carefully” to any constructive suggestions made by the EU on the length of the extension. He conceded that the government might not have managed to ratify an exit deal in parliament before European elections are held on May 23-26.

According to the draft conclusions, if Britain didn’t take part in EU parliamentary elections properly, it would have to leave on June 1, 2019.

The pound, which has seesawed so much on Brexit news that some investors have stepped away from the sterling market, rose and then dipped on speculation Merkel could offer May a better deal. Germany denied that.

The 2016 referendum revealed a United Kingdom split over much more than EU membership, and has sparked impassioned debate about everything from secession and immigration to capitalism, empire and what it means to be British.

Yet nothing is yet resolved.

Unable to convince enough of her own Conservatives of the merits of her deal to get it passed, May is courting socialist Jeremy Corbyn, whose Labour Party wants to keep Britain more closely tied to the bloc after Brexit.

Labour’s demands include keeping Britain in a customs union with the EU, something that is hard to reconcile with May’s desire for Britain to have an independent trade policy, and potentially a second referendum on any deal.

After Tuesday’s round of talks, Labour said it had not yet seen a clear shift in May’s stance.

“We had further detailed and wide-ranging talks with cabinet ministers and officials today,” a Labour spokesperson said. “We have yet to see the clear shift in the government’s position that is needed to secure a compromise agreement.”

A customs union with the EU, seen as the most likely area for compromise but so far resisted by May’s government, was the first item on the agenda for the talks, which were to include finance minister Philip Hammond. Talks resume on Thursday.

The idea of a softer Brexit is anathema to eurosceptics in May’s Conservative party who have helped to defeat her divorce deal three times this year.

Meanwhile, British lawmakers on Tuesday approved by a 420-110 margin May’s plan to seek to delay Brexit to June 30 while she tries to strike a compromise with Labour.

The government was forced to hold the vote after parliament passed a law on Monday giving themselves power to scrutinise and make changes to May’s request to extend the Article 50 negotiating period a second time.