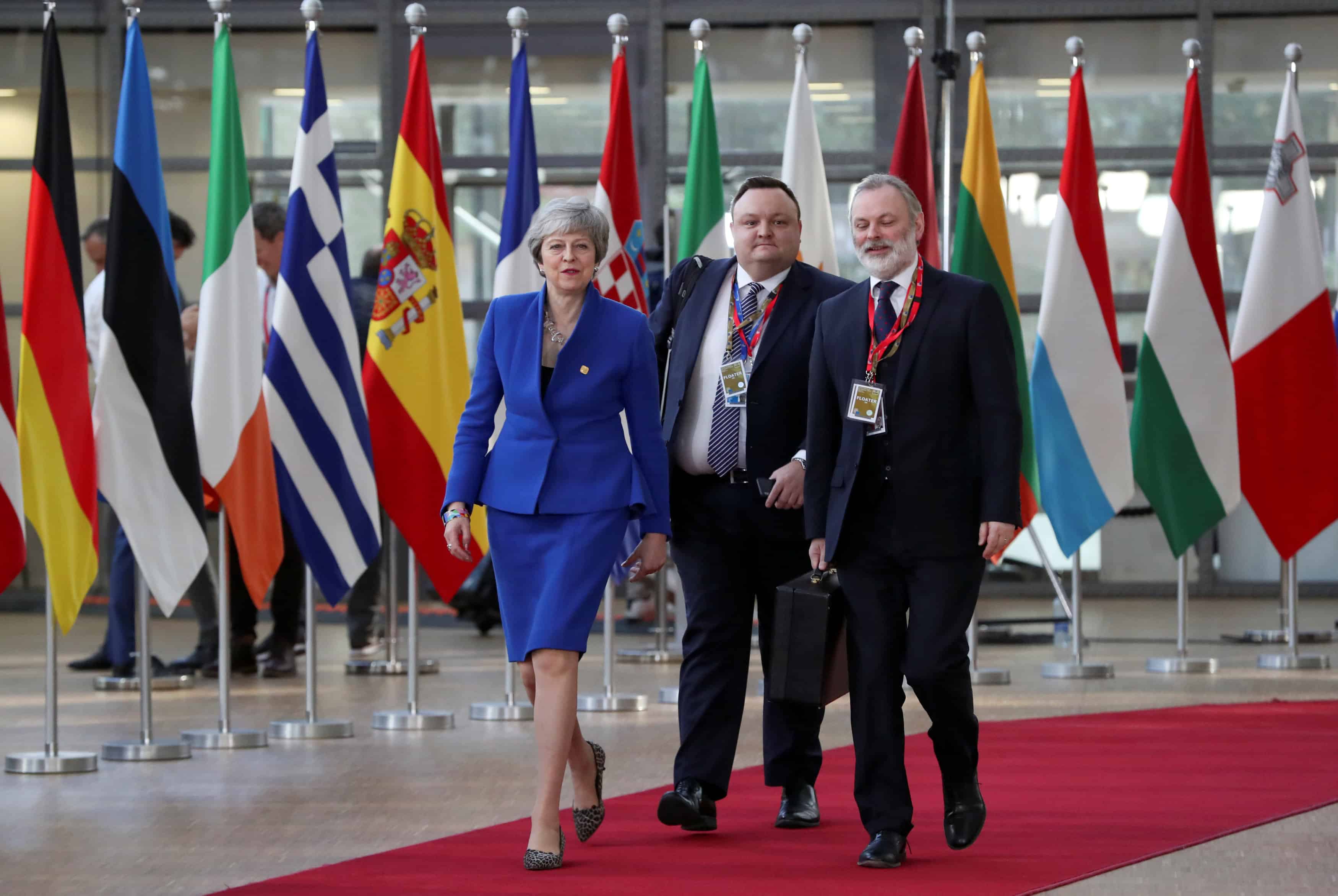 European Union leaders were poised to grant Prime Minister Theresa May a second delay to Britain’s fraught exit at an emergency summit on Wednesday, after arguing over how long and on what terms.

French President Emmanuel Macron was pushing to withhold any commitment to extend Friday’s deadline much beyond elections to the European Parliament on May 23-26 unless May binds herself, and any potentially more anti-EU successor, not to disrupt the workings of Brussels.

“Nothing can be taken for granted,” Macron warned, voicing frustration with a lack of clarity from London nearly three years after Britons voted to leave the bloc.

Three weeks ago, Macron’s impatience with France’s historic cross-Channel rival dominated the last summit, when Brexit was put back by a fortnight. Diplomats said he was again facing a more cautious line from German Chancellor Angela Merkel, who said she favoured an extension of “several months”.

“The question isn’t whether there will be an extension but for how long and under what conditions,” a senior diplomat said.

Keen to ease tension, Merkel broke the ice as talks began by showing an amused May a photomontage on a tablet of both wearing similar jackets when addressing their parliaments earlier in the day. May then briefed the other 27 on her efforts to work with her Labour opponents to find an elusive majority for a deal.

After an hour, she was shown out to spend the evening in the British delegation rooms in the Council building, waiting for the others to decide Britain’s fate over dinner.

MAY WANTS OUT SOON

Legally, Britain is due to leave the EU on Friday with no transition to new trading arrangements. But leaders insisted they would not force Britain out in a disorderly departure.

“If they need a little more time, I think it’s reasonable to discuss what that would be,” Latvian Prime Minister Krisjanis Karins said, noting that Britain still faced choices — to leave without a deal, accept the deal that its parliament has rejected three times, or change its mind and stay in the EU.

May has asked the EU to wait until June 30.

“I want us to be able to leave the European Union in a smooth and orderly way as soon as possible,” she said.

“I’ve asked for an extension to June 30, but what is important is that the extension enables us to leave at the point at which we ratify the Withdrawal Agreement, so we could leave on May 22 and start to build our brighter future.”

Some leaders, like Czech Prime Minister Andrej Babis, said Britain should have a year more to sort itself out. Others, like Swedish premier Stefan Lofven, echoed Macron’s concerns about the risks of a long extension for the functioning of the EU.

Summit chair Donald Tusk has proposed a “flextension” of nine months to a year.

If Britain does not elect EU lawmakers, it must leave, with or without a deal, on June 1, according to a draft summit agreement seen by Reuters. Otherwise, it would leave as soon as it ratifies the deal, or without one when the extension ends.

The final end-date was still blank in a new draft circulated during the summit, but it did add lines to acknowledge Macron’s call for tight conditions to prevent Britain disrupting the Union from within if it takes longer to reach the exit.

Paris also wants a new summit once it is clearer whether or not there will be an early ratification or a British EU vote.

Macron fears “blackmail” by pro-Brexit Conservatives seeking to take over from May and is arguing that, to extend its membership beyond June, Britain must formally forswear its right to block key decisions taken by the other 27 member states, notably on the EU budget and key executive appointments.

If granted an extension to, say, the end of this year, any British government would be unable to leave earlier, even if it wanted to, unless it signed up to the Withdrawal Agreement.

In preparatory meetings, the Dutch, among others, argued that a long extension now would increase pressure on pro-Brexit critics of May’s deal to accept it for fear that a long delay would increase the probability of Britain staying in the EU.

EU leaders are exasperated with May’s handling of a tortuous and potentially expensive divorce that many feel is a distraction from ensuring the bloc can hold its own beside the United States and China on trade and other issues.

Across from the summit venue, the EU executive celebrated its part in funding a global project that produced the first picture of a black hole — prompting no shortage of ironic comments on social media about the juxtaposition.